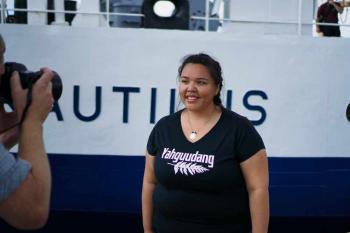 “There was some type of magic or energy there that we haven’t seen at the other seamounts.” —Jaasaljuus Yakgujanaas

SGaan Kinghlas means “Supernatural Being Looking Outward” and it is said the seamount protects Haida Gwaii.

“There was some type of magic or energy there that we haven’t seen at the other seamounts,” said Yakgujanaas, who is on her first open ocean expedition.

On July 10, Yakgujanaas became one of the few Haida Nation members of the modern day to see the SGaan Kinghlas Bowie Seamount, when the first remote shallow dive was conducted. It is located 180 km west of Haida Gwaii.

Yakgujanaas spoke to Windspeaker.com on Wednesday from the E/V Nautilus, with only a handful of days remaining in the 16-day North East Pacific Seamount expedition.  The Ocean Exploration Trust’s state-of-the-art research vessel left Sidney, B.C. on July 5, equipped with two remotely operated vehicles (ROVs), the Argus and Hercules. 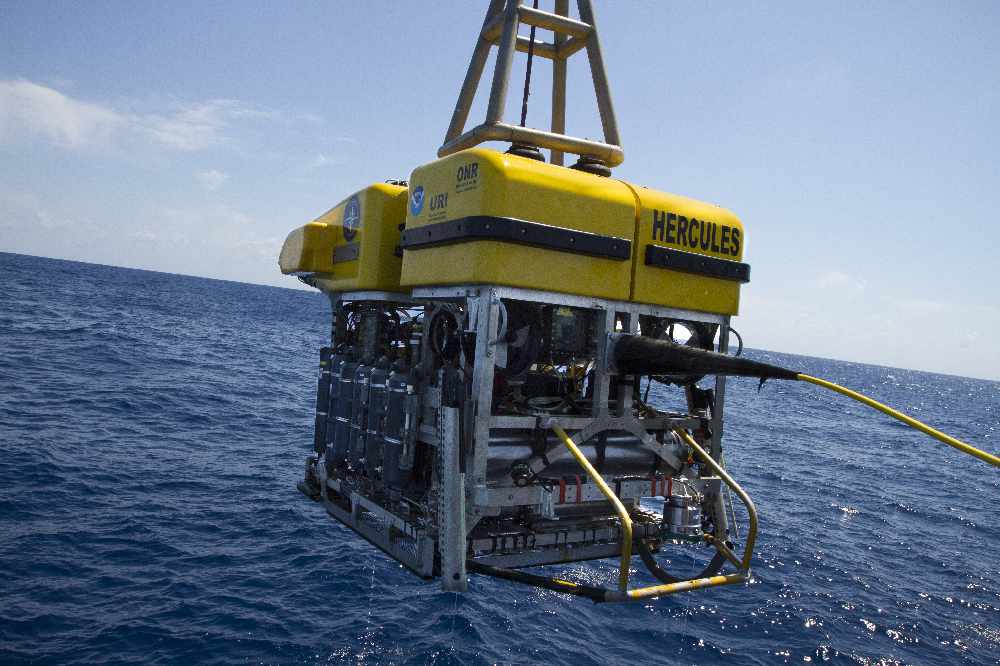 One of the remotely operated vehicles (ROV), Hercules.

It set out to explore the SGaan Kinghlas Bowie Seamount and travel further south to the Dellwood and Explorer seamounts. Seamounts rise thousands of metres from the seafloor. They are highly-structured environments ideal for coral and sponge growth, which in turn provide important habitat for fish and other marine life.

Seamounts can be found in every ocean, but are abundant in the Pacific Ocean where scientists believe there are 30,000 to 50,000 underwater mountains above 1,000 metres tall.

The expedition is a joint venture between the Haida Nation, Fisheries and Oceans Canada, Oceana Canada and Ocean Networks Canada.

Lantin, who like most members of the Haida Nation, has never been to the SGaan Kinghlas Bowie Seamount, but knows its story. He says it’s important that one of their members be part of the expedition.

“It’s almost everything to have her involved. We need to have our own science person out there,” he said.  “We need more than oral history.”

“There was a lot more life at (the SGaan Kinghlas Bowie Seamount),” said Yakgujanaas. “We saw a lot of biodiversity.”

She said there was an abundance of coral species, sponge species, plankton and rockfish species, and “evidence of productivity.” She said that biodiversity may be due to the fact that SGaan Kinghlas Bowie is one of the shallowest seamounts in the northeast Pacific Ocean, rising 3,100 metres above the seafloor.

All three seamounts, which are dormant volcanoes that were active during the most recent ice age, are located in the Marine Protected Area, which is cooperatively managed by the Haida Nation and Fisheries and Oceans Canada.

On the vessel Yakgujanaas is tasked with watching the two ROVs, as they explore the seamounts, as well as taking water samples that cling to the ROVs and sample DNA to identify species.

“The information gathered will guide us in our management plan,” said Lantin.  “We’re using modern technology to obtain baseline data.”

Lantin is pleased that the Haida Nation has been able to bring black cod fishing to an end in that region.

Fishers had rested traps for the fish on the seamount, which damaged the sensitive habitat and crushed the coral. The decision to end that practice was made months ago and now the consultation process kicks in, Lantin said.

The Dellwood and Explorer seamounts are located within the Offshore Pacific Area of Interest.

Lantin said it is important that the Dellwood and Explorer seamounts are also protected, particularly with the proposed increase of marine traffic heading to Asia.

“There is so little known and understood about these seamounts. This is an exciting opportunity,” he said.

For Yakgujanaas it is beyond exciting.

“To have an opportunity to be out here … is very special to me and to be doing something that I’m passionate about, which is learning about the ocean, while I’m out there as well,” she said.

Yakgujanaas earned a bachelor's degree in marine biology from Hawaii Pacific University in 2017.  She spent her summers working as a field technician for the Council of Haida Nation Fisheries Program.

“(This expedition) has reasserted my passion for the ocean and I feel like I have more of a push to further my educational journey,” said Yakgujanaas.

“I just hope my experience out here inspires other Indigenous youth to pursue their passion, whether it be educational or other means, because I feel very blessed to be out here. I went out and received an education and now I get to make use of it in my territory.”

Yakgujanaas has been blogging her time on the ship and her findings. As well, this past weekend there were two public gatherings to view through Internet streaming what lies on the surface of the SGaan Kinghlas Bowie Seamount. 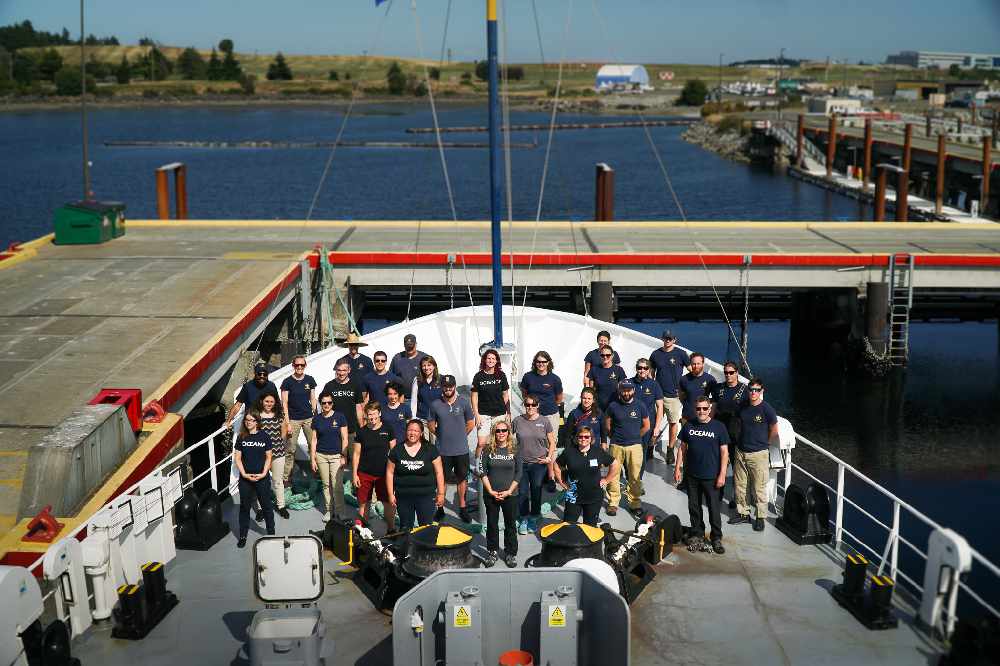