Understanding FASD as important as preventing it, says councillor 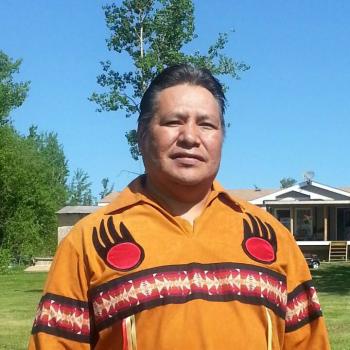 “We had a very aggressive plan to bring awareness, but we’re finding it’s not as easy as we thought it would be.”

But two years later, delivering that message has remained a challenge, Letendre says.

“We had a very aggressive plan to bring awareness, but we’re finding it’s not as easy as we thought it would be,” he said. They ended up having to adapt as they went along.

A change in strategy was forced, partly, because of the way programs are operated.

“There’s a lot of collaboration that needs to be done and, in a lot of communities, it seems that programs work in silos. We need to crumble down the silos, work from one island and we all need to work together,” he said.

He points to the three areas that receive the most federal funding – education, health and social services – and says they need to work together.

Social service workers and teachers can reach the youngest children, who have FAS; and teachers and health services can also reach the children in upper elementary, junior and senior high schools to teach them to stay away from alcohol, drugs and smoking, especially when the girls are pregnant.

Health advisors can work with those who are out of school to bring that same message of the need to abstain from unhealthy substances during pregnancy. And social services can bring patients to the programs along with resources.

Letendre has no definite numbers to back up his belief that there is a need on his First Nation, but, anecdotally, he estimates that at least one quarter of the Alexis Nakota Sioux Nation population is affected somewhere on the spectrum.

So while it’s important to work to keep that number from increasing, it’s just as important to ensure that those who present with FASD are understood and cared for.

Letendre says that need was driven home to him during the Kind Heart Project. He said he was told about a young man who ran into trouble with the law. He despised being touched. When the police tried to apprehend him, the result was violence and further charges of assaulting police officers. It was determined that the man had FASD. Acknowledging and recognizing this factor, says Letendre, can make a difference in how people with FASD are treated.

“We don’t want to label it as a stigma,” he said. That is not what he’s after, but he wants it recognized.

Embracing culture is one way to face FASD.

“In Alexis we’re deep in culture. We have a lot of people practising their cultural ways. It’s diverse, but they still practise it,” said Letendre.

Smudging, he points out, has a calming effect on all people.

Kinship names – the use of Indigenous words for family members – is something else Letendre encourages.

“There’s more of a connection when you start using those names,” he said.

Letendre says he knows concerns about FASD are not limited to his First Nation. He says Alexander First Nation, the Yellowhead Tribal Council and the Northwest Central Alberta FASD Network are all working toward addressing the issue.

“It’s real. It’s here. And once we understand it, some of our behaviours will change. That’s what I believe,” he said.