Toronto stands up for Standing Rock 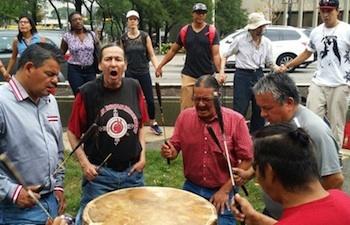 “This is a pivotal moment in history. Our people in North Dakota are on the front lines and are willing to give their lives to defend the land and water." ~ Rally organizer Patti Pettigrew.

Toronto Police were taken by surprise when about 70 supporters of the Standing Rock Sioux took advantage of a red light to spill out onto southbound University Avenue for a round dance in front of the U.S. Consulate.

Officers scrambled to move the dancers to allow at least one lane of traffic to flow in the southbound lane during the height of the morning rush hour. The Eagleheart singers, situated on the grassy island separating the north and southbound lanes sang two round dance songs while supporters chanted, Standing Up for Standing Rock. Security guards on the steps of the Consulate kept busy taking photos of the protestors.

Over the last several months, the Standing Rock Sioux have been defending their land and water against the construction of the Dakota Access Pipeline. The planned pipeline runs through a sacred burial ground and the Standing Rock Tribe is concerned that their water source will be poisoned if the pipeline leaks. In the last few weeks, Indigenous people from different nations across the U.S. and Canada have joined the protest and the camp has grown to about 3,000 people.

Organizers of the rally on Thursday Sept. 8, Patti Pettigrew and Teddy Syrette, connected online after Pettigrew posted a notice on social media. Syrette, a citizen of Batchewana First Nation near Sault Ste. Marie, Ont. said he had been having conversations with members of Toronto’s two-spirit community about organizing a support rally. He saw Patti’s notice and threw his support behind her efforts by helping with promotion.

“This is a pivotal moment in history,” said Pettigrew. “Our people in North Dakota are on the front lines and are willing to give their lives to defend the land and water. I thought the least we could do as Aboriginal people is get out and show our support.”

This is not just for our people, she said. It affects everyone. “Everybody needs clean water because we can’t drink oil. The world needs to wake up. Without a doubt, the pipeline will rupture…We’re trying to prevent the inevitable.”

Ontario Regional Chief Isadore Day was in Toronto on other business when he heard about the rally. “I’m here to show my support for the people at Standing Rock,” he said, “to ensure that our brothers and sisters there know that the people at the Chiefs of Ontario stand with them.”

Day has no immediate plans to travel to Standing Rock because of current commitments, but it’s not out of the question, he said.

“I’m very concerned we’ve got this notion that we can continue along this path of oil centrism,” said Day. “We’ve got to figure out how to de-entrench ourselves from the fossil fuel society. Standing Rock is standing for everybody. They’re standing not just for Indigenous people. They’re standing for humanity,” he said.

Connie Hansenberger was on her way to work when she stopped at the rally with her drum. “I’m here because of the importance of water and life,” she said, “and to stand up for the people of Standing Rock who’ve been down there protecting our Native lands for months and months. I think it’s very important that we all be here to show solidarity with our brothers and sisters there,” said Hansenberger. “It’s not just a U.S. battle. It’s our battle also. This is everybody’s water. It’s not just our water.”

Long-time defender of Indigenous land and rights, Jay Mason, was one of the people who occupied Anicinabe Park in Kenora in 1974, “and that’s when we started standing up and letting people know we weren’t going to allow them to hurt us anymore,” he said.

“There’s been little changes since that time. It was in the late ‘80s when our people started talking about needing to heal. I understand that concept, but we’re not the ones who are sick,” he said. “We should be telling Canada and the U.S. ‘you need to heal yourselves’.”

“I’m hoping this will be just the first of many rallies and gatherings,” said Teddy Syrette, “because I think the situation in Standing Rock is far from over. I think this is only the beginning of something else, maybe a movement like Idle No More or Occupy INAC. This is something that can really empower us and bring us together with non-Indigenous people to work against pipelines and major corporations that are poisoning our air, water and land.” 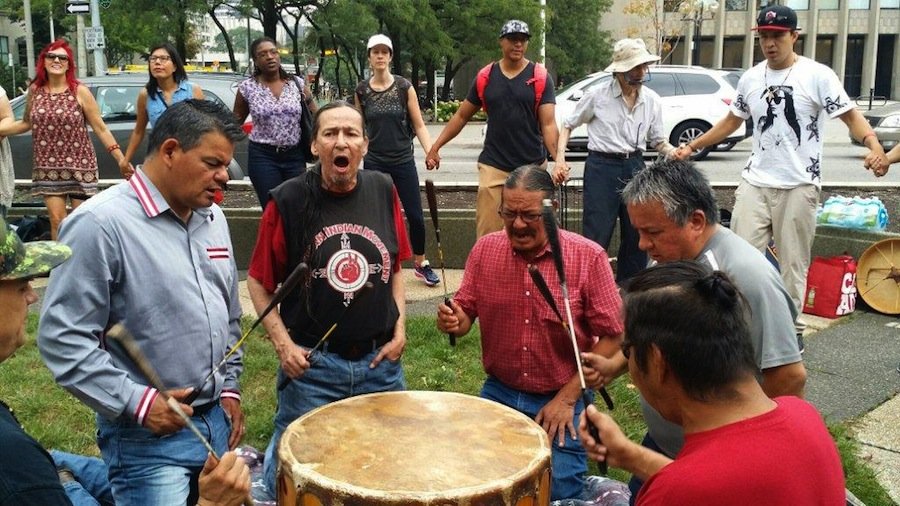 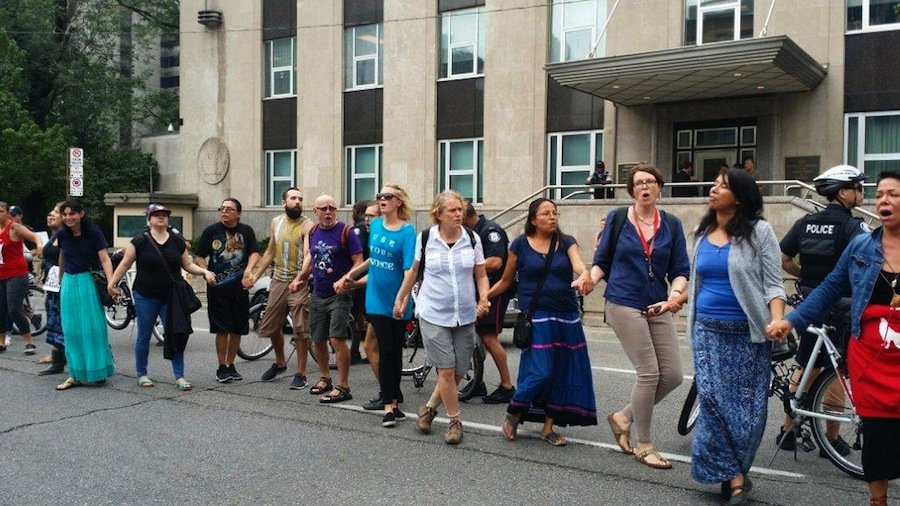 Round dance in front of the U.S. Consulate on University Avenue at Toronto rally in support of Standing Rock Sioux Sept. 8. 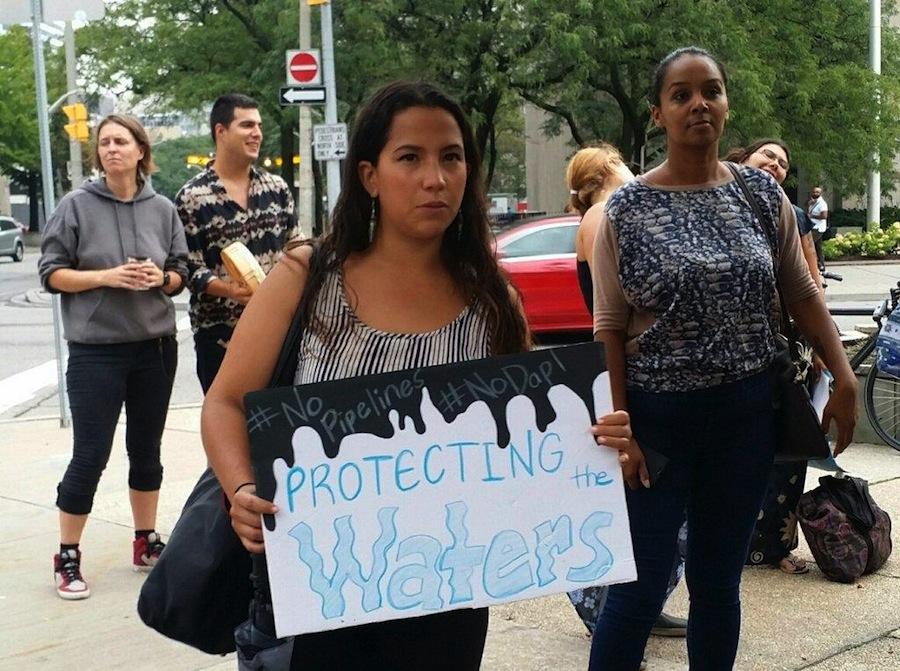