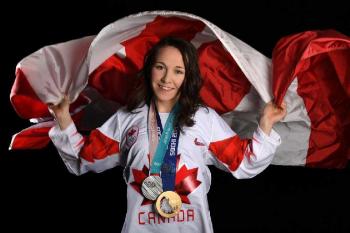 “It’s a huge honour. I know there are a lot of athletes that could have won this. And I’m very proud of my Indigenous background.” —Jocelyne Larocque 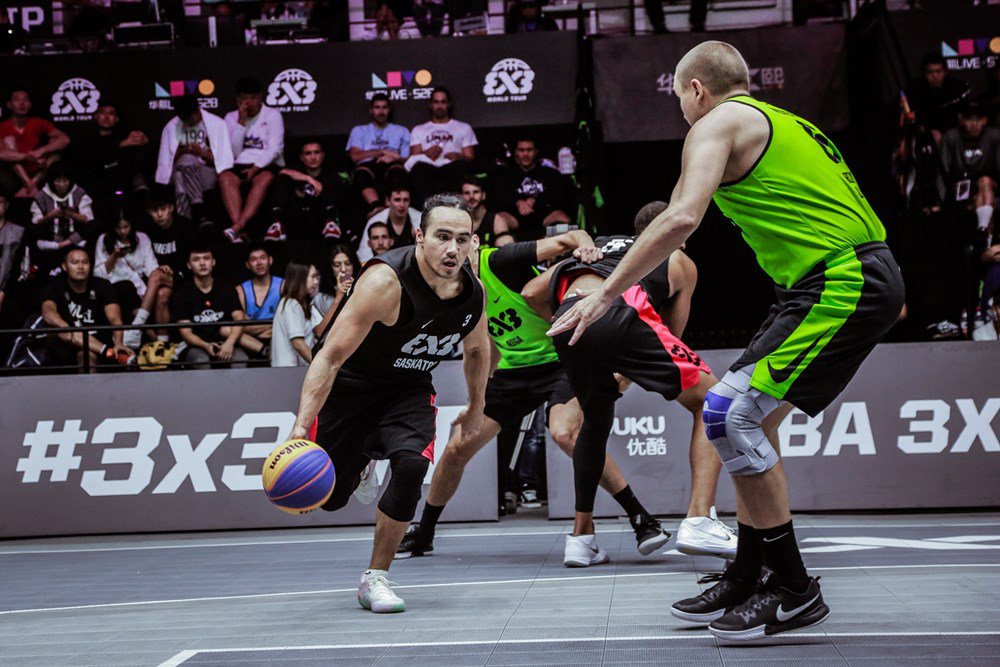 Michael Linklater from tournament in China this past weekend.

A two-time Olympic women’s hockey medalist and an elite men’s basketball player who is hoping to become an Olympian in 2020 have been named as Canada’s top Indigenous athletes this year.

Jocelyne Larocque, a Métis who helped the national women’s hockey squad to a gold medal at the 2014 Sochi Olympics and to a silver medal earlier this year at the PyeongChang Olympics, has been selected as the 2018 female recipient for the Tom Longboat Award.

Michael Linklater, who is from Saskatchewan’s Thunderchild First Nation and is the country’s top-ranked 3x3 (three players per side) men’s basketball player, is the male winner.

The Aboriginal Sport Circle, the national governing body for Indigenous athletics in Canada, annually hands out the awards.

Both Larocque and Linklater will be presented with their awards during the induction ceremonies for Canada’s Sports Hall of Fame gala later this month. That event is scheduled for Oct. 18 at the Metro Toronto Convention Centre.

“It’s a huge honour,” Larocque said of her award. “I know there are a lot of athletes that could have won this. And I’m very proud of my Indigenous background.”

A total of 38 athletes had been nominated this year for a Tom Longboat Award, named in honour of the late running great, an Onondaga runner from Six Nations in Ontario.

Larocque was born in the Manitoba town of Ste. Anne but now lives in Brantford, Ont.

She’s thrilled she’ll be able to accept her Tom Longboat Award in front of some family members.

Her father Andre, who is Métis and lives in Winnipeg, will be making the trip to see Larocque receive her national award. Larocque’s sister, as well as her stepmother and stepsister, will also be in attendance.

“It will be a great evening with everybody there,” Larocque said, adding her mother, who lives in Winnipeg will be unable to attend as she has another commitment which was made prior to the announcement of the award winners last week.

Larocque, a 30-year-old who plays defence, has been part of the national women’s hockey program since 2006. She made history at the 2014 Sochi Games in Russia, becoming the first female Indigenous hockey player to represent Canada at a Winter Olympiad.

Some more history was made earlier this year as Larocque’s teammate, Brigette Lacquette, became the first First Nations player to suit up for the Canadian women’s hockey squad. Lacquette, who also plays defence, is from the community of Mallard in Manitoba, but is a member of Saskatchewan’s Cote First Nation.

Following her Olympic appearance earlier this year, Larocque joined the Markham Thunder of the Canadian Women’s Hockey League. She helped the Thunder win the CWHL championship.

That marked the first season the Thunder organization had played in Markham, a city located just north of Toronto. Larocque had also played for the franchise for three years before that, when it was located in Brampton, a city slightly west of Brampton.

Larocque will also be toiling for the Thunder during the 2018-19 campaign. She’ll also continue to be part of the national team program.

Larocque has been chosen to represent Canada at the 4 Nations Cup, set for Nov. 6 to Nov. 10 in Saskatoon. This tournament will also feature Finland, Sweden and the United States.

She’ll also be hoping to be named to the Canadian roster for the women’s world championships next April in Finland.

Like Larocque, Linklater, 36, was also thrilled to be chosen as a Tom Longboat Award winner.

“It’s exciting and humbling at the same time,” Linklater told Windspeaker.com, moments after arriving home on Monday night following a third-place finish at a weekend tournament in China.

Linklater, who lives in Saskatoon, is not only Canada’s Number 1 player in 3x3 but also ranked 38th internationally. Though 3x3 is a team sport, players also receive individual rankings since they can compete for different squads at various tournaments around the globe.

Tokyo will host the 2020 Summer Olympics and 3x3 will make its Olympic debut. Linklater is hoping to be part of that historic moment.

Eight women’s and eight men’s teams will participate at those Games.

Linklater has received a number of awards over the years, including an Indspire Award (formerly known as a National Aboriginal Achievement Award) via the sports category last year.

“Regardless of the stature of the award I’m equally honoured from each organization that has granted me an award,” he said.