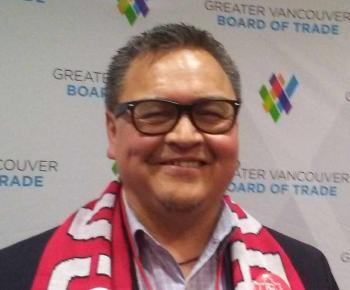 “We often forget in the daily public discourse what this means in terms of future opportunities for Indigenous communities all along the route of the pipeline." —Val Litwin, president and CEO for the BC Chamber of Commerce

Indigenous people in British Columbia are becoming more vocal about their support for the Kinder Morgan Trans Mountain pipeline.

“That change occurred about three weeks ago when leadership started to say we have a horse in this race and we want you to know, general public, that we support this.

“And by far the majority of those communities in BC who are along the pipeline and are directly impacted by what’s happening are supportive of this,” said Keith Matthew, member of the Simpcw First Nation and businessman.

Matthew was among 10 Indigenous delegates, joined by business leaders, a youth contingent, and representatives from the labour community, who made the trip from BC on Thursday May 17 in what was dubbed the “Federation Flight.”

The show of support for the Trans Mountain pipeline was the joint effort of the Edmonton and Calgary chambers of commerce and the Greater Vancouver Board of Trade. Members gathered in downtown Edmonton where Premier Rachel Notley addressed them.

“I think trips like this both reflect and also generate changes in public opinion. What we’re seeing is a growing level of support for this pipeline all across the country, but even in BC…. (There is) the moderate majority who understand the need to work on protecting the environment and engaging Indigenous Canadians at the same time as ensuring we protect working people and the people that employ them,” said Notley.

Matthew was among the panel members to address the luncheon crowd. He singled out Treaty 6 Grand Chief Wilton Littlechild, in attendance, referencing Littlechild’s involvement as a commissioner with the Indian Residential School’s Truth and Reconciliation Commission and the 94 Calls to Action.

“A number (of the calls) are aimed at the business community. I honestly believe that this particular thing that we are doing together today is one of those reconciliation things that was mentioned in that incredibly important report,” said Matthew.

He said it was important that Indigenous communities be actively supportive and involved with the pipeline in order to take advantage of the economic benefits.

Haida Gwaii Hereditary Chief Roy Jones, Jr., thinks it’s important his coastal First Nation is also involved with what can come from the Kinder Morgan venture. While Trans Mountain pipeline won’t go through his territory, the tankers run along the coast. He wants to see his community operate tug boats and run a lease for the Coast Guard for Canada. Jobs are desperately needed in the community, he said. 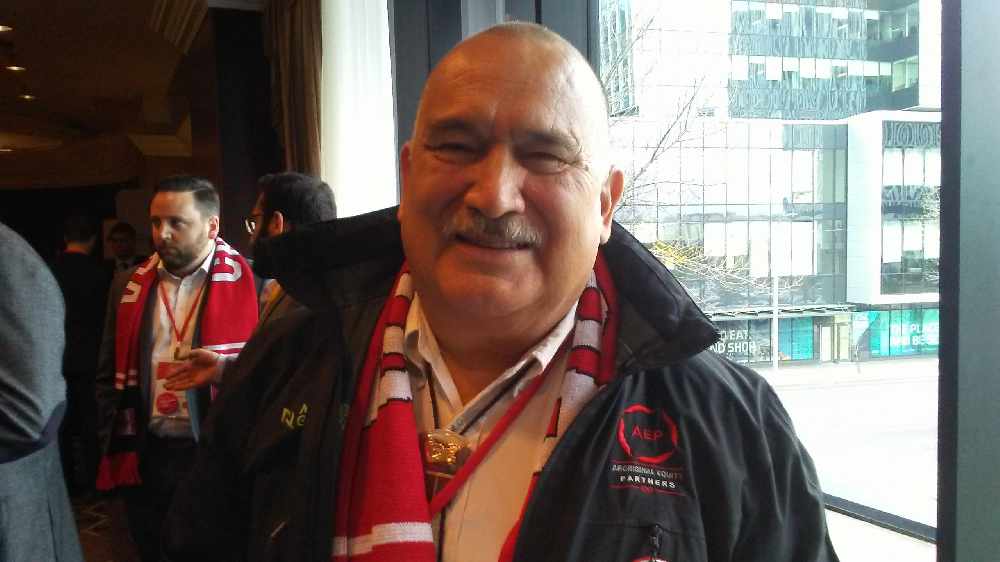 “If the pipeline would help our economy that still needs to be negotiated,” said Jones. “We’ve got to be involved to ensure that those things happen and we capitalize on the opportunity.”

He asserts that further support from the Indigenous population for the project will come through education, noting that, for the most part, support is divided with interior First Nations supporting the project while coastal First Nations oppose it.

Val Litwin, president and CEO of the BC Chamber of Commerce, said it was important that the contingent include Indigenous representation, not only to show support for the project but also to remind the general public that agreements had already been signed between First Nations and Kinder Morgan along the pipeline route.

“We often forget in the daily public discourse what this means in terms of future opportunities for Indigenous communities all along the route of the pipeline. For some of them this is a generational opportunity to move out of poverty and move toward self-governance,” said Litwin.

To date, Kinder Morgan has signed 43 benefit agreements with Aboriginal groups in BC and Alberta for its $7.4 billion Trans Mountain pipeline.