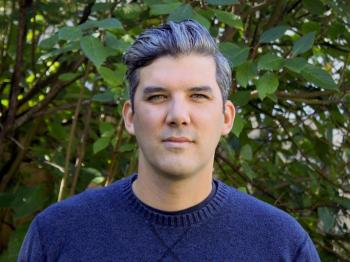 A new Indigenous think tank is cautioning First Nations to be aware of upcoming changes in federal legislation before it is too late.

The study examines the trajectory of legislation and policy that has been proposed since Prime Minister Justin Trudeau announced this past February that his government would develop a new and transformational Indigenous Rights Recognition and Implementation Framework.

“Everybody knows we need to move away from the Indian Act. The fear is what we’re moving towards,” said Hayden King, one of the report’s authors and director of the Yellowhead Institute.  “The big concern is that if we go this direction that we entrench a sort of repackaged status quo.”

The report raises a number of red flags and summarizes that “our analysis reveals that the Rights Framework expresses a clear and coherent set of goals, which aim to suppress Indigenous self-determination within Canadian Confederation. These goals have been ordered in legislation and policy in a manner that guides First Nations towards a narrow model of “self-government” outside of the Indian Act.”

The report also notes that “this model of self-government is focused on entrenching a largely reserve-based administrative governance model with improvements in service delivery, transparency and accountability. It includes nothing of the “transformational” change the government has promised and certainly no indications of jurisdiction over traditional territory.”

Also of concern, according to the Yellowhead Institute, is the developing role that Indigenous non-governmental organizations, like the Assembly of First Nations, are playing in this new nation-to-nation relationship. Ottawa continues to exclude individual First Nations as it holds meetings with the AFN where decisions on the Languages Act, and issues such as child welfare reform, fiscal relations and housing are made.

“The AFN has a role to play, but if decisions are being made that communities are not aware of, do not have input into, then I think that’s something we should be concerned about,” said King.

He also asserts that many First Nation communities are not aware of, or are confused by, impending legislation. The federal government’s lack of transparency, evident in how it refuses to name the First Nations it is hosting in 60 discussion tables, feeds into this lack of communication.

King says chiefs and councils are also responsible for communicating openly to their members.

“In an ideal world, band councils would have all the resources and all the policy analysts and all the capacity to engage with the federal government on these changes. I don’t think that’s the case though, and I think band councils, by and large, are overwhelmed with dealing with the day-to-day issues they have to deal with in communities,” he said.

King says the report is aimed at letting First Nations know they need to “start paying attention” to what is coming out of Ottawa and is not intended to steer them in any direction.

“Right now if you’re coming at this stuff that First Nations should have expansive jurisdiction, then what we’re seeing in the emerging legislation is not that,” he said.

But since legislation has yet to be passed, First Nations have time to make changes and propose alternative solutions, he says.

The Yellowhead Institute is an independent, non-partisan, Indigenous-led organization and as such can play an important and unique role in critically assessing government policy and also influencing policy, says King.

“We want to take this sort of academic analysis and bring it into the public domain from an Indigenous perspective,” he said.

In the past, non-Indigenous organizations like the Fraser Institute, the Macdonald-Laurier Institute and the Canadian Taxpayers Association have been the bridge between academia and policy, influencing Indigenous issues, said King.

To read the report, go to http://www.yellowheadinstitute.org