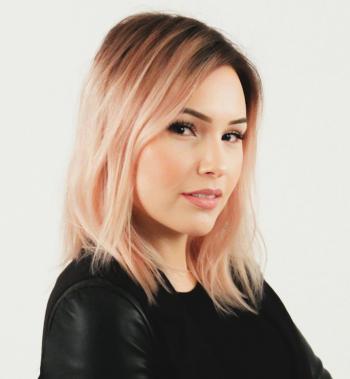 "We don’t have to take our past and carry it on our shoulders forever. We can turn it into power.”

It was on a trip to Toronto when Saige Arcand, 28, learned she had been named a Top 30 Under 30 by the Alberta Council for Global Cooperation. The list brings attention to the efforts of young people in the province working for social change.

Arcand had been nominated by a co-worker at Frontier College, which works to promote literacy. The nomination was for Arcand’s work in improving the health and well-being of young people.

Arcand said she didn’t think she would be recognized for work that doesn’t feel like work.

“It made me feel really empowered, and wow, valued.”

Arcand hails from the Alexander First Nation, but grew up in the city. She says she is proud to be Indigenous and has always been able to maintain a connection to her culture. She credits her grandmother, Adele Arcand, CEO of Bearwoman and Associates, for bringing ceremony into her life.

“She’s always smudged with me as a young kid. We’ve always prayed together… She even does her own women’s pipe ceremony that we used to do in our home,” said Saige.

“We’d get all excited because we’d buy berries and we’d buy salmon… we’d do the pipe.”

She said culture was always instilled in her. She said that respect for Indigenous ways of living and knowing was re-enforced in the schools with their Indigenous curriculum that her parents and grandmother chose for her to attend.

“I’ve always been passionate about culture and being proud of who I am and taking my struggles and turning them into power. And I love to see people do well.”

Arcand works a lot with Indigenous youth, helping to inspire them about things that are important to them. She personally values the creative arts. For her it was make-up, fashion, dance and some acting. They were important as expressive outlets and helped her grow as a person.

This is what she hopes to help young people find within themselves, something that will “ignite their passions,” she said.

A huge part of her working is talking with the youth. “What do you want? What do you want to see? What makes you feel good? Because that’s a huge missing component.

“People will decide and make assumptions and create programs without even asking ‘what do you want?’ from the youth,” Arcand said.

Arcand is the mother of a young daughter who grounds her, she told Jeremy Harpe of CFWE-FM.

“I really want to be that parent that does everything and anything, gives quality time to my daughter, feeds her with love and compassion and kindness… I just want to instill those good values and teachings that my grandma has done for me.”

She said being a parent is her power. “That little girl is looking up to me and I can only imagine all the other little kids and all the other young parents too. It’s like, come on, we can be the best parents. We don’t have to take our past and carry it on our shoulders forever. We can turn it into power.”

Arcand says she has a lot of goals, including being a business owner, though she hasn’t quite landed on what that would be or look like. But she does know that she wants that business to be uplifting to others and helps people achieve their passions.