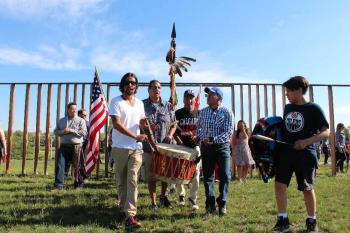 The Reconciliation Walk in Calgary was led by the drum. Photo by Stephanie Joe.

The group, led by drummers, continued along Riverwalk Avenue to Fort Calgary where a prayer, meal, and words of encouragement were shared.

Shirley Purves, CEO of Aspen—People First, Community Always, said the event has grown over the years and she believes it’s evidence of reconciliation at work.

“It’s such a wonderful experience to see,” she said. She recalled the apology for Canada’s residential school system offered by former Prime Minister Stephen Harper 10 years ago.

“Every year since then we’ve come together to walk in commemoration of those who did not come home from residential schools and those who did come home scarred and isolated,” said Purves.

The group paused at Reconciliation Bridge, formerly Langevin Bridge, once named for one of the men responsible for promoting residential schools. The stop reminded the group it was only last year since the bridge was renamed.

“At the renaming ceremony, Mayor (Naheed) Nenshi was quoted saying, ‘We can’t change the past, but we are not prisoners of it’.” Purse said, “I would like to add that we can unite and move forward and we can’t let anything stand in our way.”

“The motive for the walk stays the same—to continue to heal, reconcile, build relationships, and move forward.”

“What I feel really grateful about is that all nations show up, our allies show up, and we’re shoulder-to-shoulder walking into the future,” she said. “That’s what we need.”

She went on to say that reconciliation to her is an action word.

Sidney Gill, a drummer from Sapotaweyak Cree Nation Man., said it’s important for him to do the annual walk so he can be a leader for his son and nephew.

“They’re the future generations,” he said. “[I walk] for them to see what’s happening now and to be part of the change going forth and to have the chance to sit here and hear from our own leaders, the allies, and all the people that want to support this wave of reconciliation we are in right now.”

Gill said that he has a part of the walk when it started nine years ago and has continued to show his support annually.

“We were just talking about it—how we started with just four to five of us, an Elder, the drum, and one or two supporters,” he recalled. “Now look who we got here today—about 150 folks. 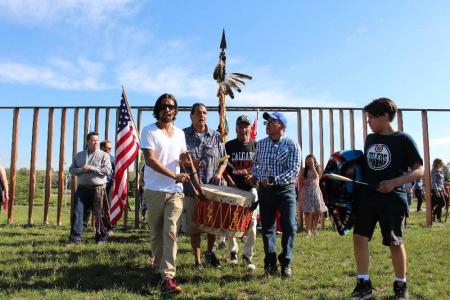 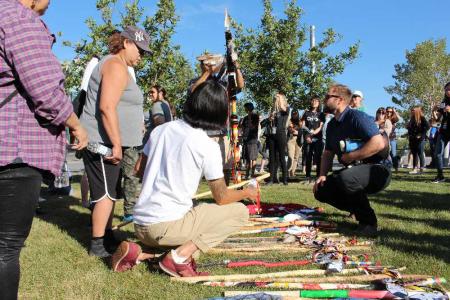 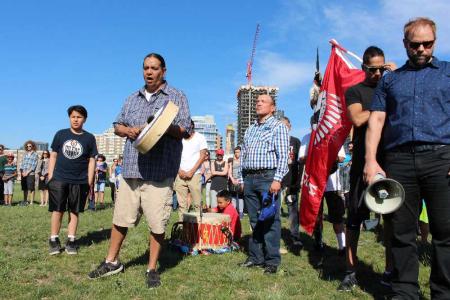 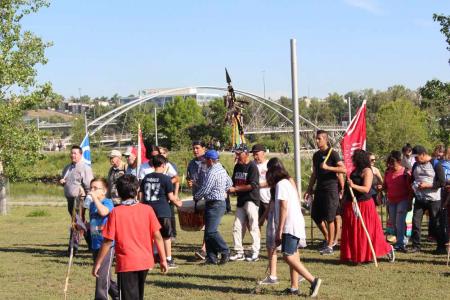 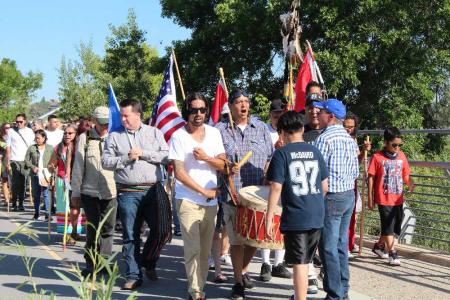 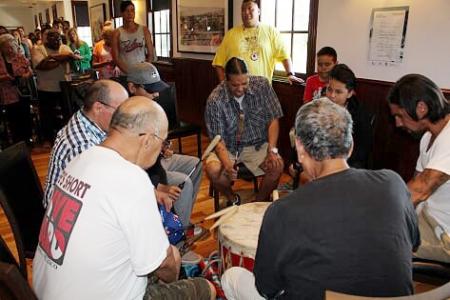 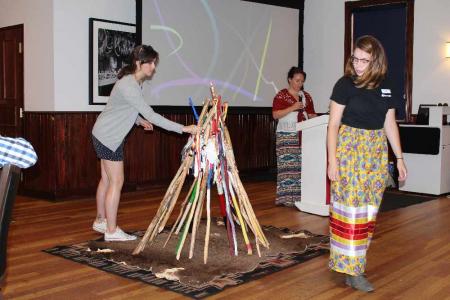