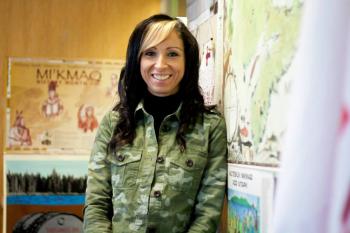 Earlier this month, the RCMP launched a new plan to “re-evaluate” how it will deliver policing services in Indigenous communities in Alberta.

The document, which was released just prior to National Indigenous Peoples Day on June 21, described a reconciliation strategy the RCMP says had been developed over an 18-month period.

The plan was produced by the RCMP “K” (Alberta) Division, and listed Treaties 6, 7 and 8, the Métis Nation of Alberta, the Metis Settlements General Council and the Inuit Cultural Society as having been consulted.

The plan extends until 2024 and is described by the RCMP as a “living document”, with frequent changes to be made each year to reflect Indigenous viewpoints as new issues or perspectives may arise.

RCMP are to “identify and challenge systematic and/or procedural biases”, and subsequently “eliminate biases within and outside of our organization” as the measure of a success plan.

But there is considerable doubt that this strategy will prove effective in reforming long-standing systemic issues of anti-Indigenous racism within the federal police force.

Palmater, whose family originates from the Eel River Bar First Nation in New Brunswick, believes opening up more police files to the public is necessary to fully understand the extent of systemic racism in policing.

“I don’t have confidence in the RCMP as a whole or in any of the regions. They are all problematic,” Palmater said. “They have all been implicated in brutalization, sexualized violence and killings of Black and Indigenous people.”

“We’re talking about widespread police corruption and racialized violence that hasn’t been acted on,” Palmater added.

She also pointed to various levels of police oversight boards in Canada, which Palmater says are largely made up of white male former officers inherently conditioned to be less critical or aware of the issues faced by Black, Indigenous and other peoples of colour.

Palmater described the “blue wall of silence” as a major flaw in law enforcement. Officers fail to report the transgressions of fellow officers while on duty, and are thereby complicit in allowing problems to continue.

“We have long dispelled the myth that there’s just a few ‘bad apples’,” Palmater said in reference to recurring issues surrounding police behaviours and lack of transparency.

Palmater believes “substantive and comprehensive changes” are necessary to Canadian policing, including defunding and demilitarizing several departments at the federal, provincial, and municipal levels. Traditional suggestions (like those in the RCMP Alberta’s reconciliation strategy) of hiring more Indigenous officers and conducting cultural awareness training are insufficient solutions.

“Anything other than just tinkering around the edges of the status quo is often portrayed as radical by governments and police forces,” Palmater said.

One suggestion she offered is that officers who are put on trial their defence should not be funded by taxpayer money as this perpetuates various forms of structured immunity that is often offered to police.

“We would save millions,” she said.

The Alberta RCMP reconciliation effort comes during a month in which Alberta RCMP’s Deputy Commissioner Curtis Zablocki and federal RCMP Commissioner Brenda Lucki struggled to identify the existence of systemic racism within the RCMP. Both were called out for their initial denial, and both have walked that denial back.

When asked last week to provide concrete examples of systemic racism occurring in the RCMP, Lucki faced public backlash after she chose not to focus on any examples of police interactions with racialized populations. Instead, Lucki commented on the broad jump portion of the RCMP's physical abilities evaluations for their officers that could discriminate against peoples who may have shorter average heights, and therefore shorter broad jumps.

A Change.org petition calling for the resignations of both Zablocki and Lucki has more than 700 signatures. “Now is not the time for patience, now is the time for reform,” wrote petition creator Aziz Freeman.

CBC’s 2017 Deadly Force study indicated 461 fatal police encounters in Canada from 2000 to 2017. The 2016 Canadian census listed the Indigenous population at 4.7 per cent of Canada’s total, but they made up 14.9 per cent of all police-inflicted deaths listed in the study.

But other interactions with police can also prove to be violent, uncomfortable, and contribute to lasting harm.

A recent high-profile incident was caught on video with Athabasca Chipewyan First Nation Chief Allen Adam being punched and choked by Const. Simon Seguin after the chief was stopped for an expired license plate tag. As well as the video, photos of Adam’s bloodied face caused by the incident made rounds online, sparking greater awareness of police brutality.

It was revealed last week that despite the fact Seguin is standing trial this September on charges of assault, mischief and unlawfully entering a dwelling house in an unrelated case, he has remained on the force without suspension.

Adam was initially charged with resisting arrest, but it was announced last week that his charges were dropped.

“I was raised that if you don't understand the problem, you will never find the solution. I’m afraid that she is not equipped for this position. There’s no training that will change someone at her age,” Beresh told CTV last week.