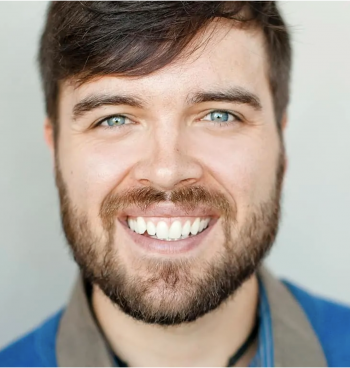 “We received an overwhelming response with submissions from truly talented Canadians and are excited to move forward with the selected writers to help them advance on their path to success.” — Deanna Cadette, executive director, WarnerMedia Access Canada
By Sam Laskaris
Local Journalism Initiative Reporter
Windspeaker.com

Though he had applied to participate in the prestigious WarnerMedia Access Writers Program last year, Corey Payette insists he was not actually counting on becoming part of the program.

When the call for applications was sent out last year, it was announced between eight and 12 Canadian individuals would be selected, but program officials ended up choosing 18.

Payette, a 34-year-old Oji-Cree, is among that 18-member inaugural cohort.

“You always feel like it’s a longshot,” said Payette, whose father is a member of Mattagami First Nation in northern Ontario, about submitting his application. “You don’t feel that is something that will come through for you.”

WarnerMedia officials are staging the program in an effort to amplify underrepresented voices by working with some deemed “mid-level” writers. Applicants had to be at least 19 with at least two writing credits on a TV, film, game and/or animation production or have equivalent professional writing experience.

All applicants were asked to submit a sample script which would then be expanded through the program to turn it into a TV show or feature film.

Payette, who was born and raised in New Liskeard, Ont., moved to British Columbia a decade ago. He’s now living in Vancouver.

And since being accepted into the program, Payette has nothing but positives to say about it. He’ll continue with the program until its conclusion this December.

The program previously ran in the United States and was called HBO Access. The program, which was renamed this year, selected 21 American participants to take part.

In Canada, the program was offered in both English and French. And the underrepresented writers it was aiming to reach were those from Indigenous, Black, racialized groups, people with disabilities, LGBTQ2+ and Francophone minority communities.

“There is such an incredible pool of talent in Canada, and we are thrilled that WarnerMedia gets to champion a number of these gifted writers with this program,” said Deanna Cadette, who is WarnerMedia Access Canada’s executive director.

“We received an overwhelming response with submissions from truly talented Canadians and are excited to move forward with the selected writers to help them advance on their path to success.”

Besides giving program participants the chance to work on their crafts, it also enables them to have a better understanding of the industry while providing them priceless chances to meet with company executives, creators and other renowned industry professionals.

Payette has already met the other participants from Canada as the program began last month.

“It’s exciting to see us all come together,” he said. “Everything is on Zoom. And it’s not like it’s a full-time thing.”

Payette said program participants will be collectively meeting once or twice per month. All those in the program will also be having some one-on-one meetings with WarnerMedia representatives.

Payette has already been involved in a few of those as well.

“I think it’s really been a great chance to dream up what are the next stories that need to be told,” Payette said.

For now, however, Payette is not willing to disclose details of the project he is working on through the program.

“There are no rules and there are no strict parameters of what you have to create,” Payette added.

He also said he has been impressed with how dedicated WarnerMedia reps have been about the program.

“They’ve all been really supportive,” he said. “A big part of what they’re trying to do is expand their circle of writers.”

Ideally, Payette is hoping his participation in this program will eventually lead to some work for him through WarnerMedia, a leading media and entertainment company.

Besides being a writer, Payette has also been acting professionally since he was 19. And on top of that he’s also a director and a musical composer.

He’s currently the artistic director of Urban Ink, a Vancouver-based performing arts society whose mission is to uplift Indigenous and diverse voices through performance and storytelling.

Payette is also a founding member of Raven Theatre in Vancouver.

And he’s also the director for a film titled Stories That Transform Us, which will be released this fall.