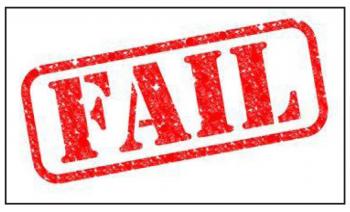 Controversial test material for a Grade 12 Social Studies course in Alberta could have been created prior to 2010 and allowed to be distributed for more than a decade.

But one student has finally shut it down.

On Wednesday, a photo of a section of the learning material began circulating on social media. On the photo, multiple choice answers were listed to a question about the positive effects of residential schools. The answers included “children were away from home,” taught manners, and “were civilized.”

The material had been accessed by a student attending St. Paul Alternative Education Centre. Across the paper it was written “My teacher got me all the way f—-ed up if he actually expects me to answer this s–t. F—ing disgusted.”

David Garbutt, superintendent for the Alberta Distance Learning Centre, apologized for the material. “We are terribly sorry about this and we are going to do our best to rectify the situation,” said Garbutt. “It never should have been there. It’s completely out of line.”

At no time – pre or post the work undertaken by the Truth and Reconciliation Commission – is a spin on the “positive effects of residential schools” appropriate, Garbutt said. “There’s no place for that question because it implies something that is inappropriate,” said Garbutt.

Garbutt is undertaking an immediate investigation, including why the question “was allowed to be in existence for so long. It’s one thing to be created back in time in error. It’s another to allow it to be publicly distributed over a period of a decade plus.”

The material accessed by the student is part of the teachers’ resources and not part of the material available to students. However, as ADLC does collaborate with teachers throughout the province and they are allowed to post on the teacher support site, that question may not have been added by ADLC staff.

That no teacher commented on that content leads Garbutt to believe it hadn’t been used for quite some time or used often. He admits that material is not reviewed as regularly on the teachers’ site as it is on the student site.

Garbutt, who has only been in his position for three years, says there has been significant turnover in ADLC staff but if the person responsible is still on staff, he “will seek to understand first and that might be a bit of a challenge but I would certainly follow due process.”

“We are terribly sorry about this and we are going to do our best to rectify the situation,” he said.

All ADLC material will be reviewed now. The manpower is immediately available for such an undertaking, Garbutt said.

Communication with all school jurisdictions is also high on Garbutt’s list to ensure they don’t have this material and if they do that it is disposed of.

The whole situation raises red flags for Miranda Jimmy, a Cree from the Thunderchild First Nation, who is active in RISE (Reconciliation in Solidarity Edmonton).

Jimmy points out that when she was in school 20 years ago, she was never taught about Indian residential schools. It is now being taught, but if it’s being taught in this way “it’s not helpful,” she said.

Jimmy is also not pleased with Eggen’s apology. In a written statement, Eggen said the deputy minister would ensure material like this is not included with any school authority.

“Stuff like this is included because it is non-Indigenous people of authority making decisions about what is right or wrong to be included in curriculum,” said Jimmy.

She says the best outcome from this incident would be to look at how many Indigenous people are involved in forming the curriculum, approving it and then delivering it in the classroom.

But as inappropriate and hurtful as the material is officials have responded swiftly, a youth identified the concern, and conversation has been happening on social media. It a positive outcome which never would have occurred five or 10 years ago.

Everything on social media has not been constructive and Jimmy takes exception to people referring to the photo of the test question as “fake news” and as a post from years ago.

Those comments prove to illustrate that not only does Indigenous bias exist in curriculum, but also in everyday conversation, she says.