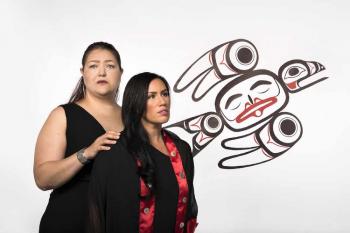 Rose-Ellen Nichols with Melody Courage (right) who plays the role of the “unnamed Native girl.” Photos by Emily Cooper

Distinguished Méis playwright Marie Clements is about to shed new light on a national issue with her opera, “Missing,” which premieres Nov. 3rd in Vancouver.

The opera features a narrative woven around missing and murdered Indigenous women, contrasted with the experience of a more privileged non-Indigenous child.

The eyes of this child are opened as the story unfolds, and so, too, will the eyes and minds of the audience.

“With Missing we have the rare opportunity to inform about this crisis in a meaningful and unprecedented way… We commissioned Marie Clements to write her first-ever opera libretto to honor the memory of each and every missing and murdered Indigenous woman,” said Charles Barber, artistic director, City Opera Vancouver.

“The poignant tale she so brilliantly conceived lends itself to opera, as the human voice is a powerful vehicle to draw deep emotion and introspection. It is the story of two women who represent so many – one who survives and one who does not—and it’s through their story we find hope and… healing,” he added.

Vancouver City Opera and Pacific Opera Victoria have collaborated to create the show. It plays at the York Theatre on Commercial Drive in Vancouver on Nov. 3 through Nov. 11 at varying times throughout each day.

The story is set in Vancouver’s Downtown Eastside, as well as along BC’s Highway 16, known as the Highway of Tears. The majority of the piece is done in English, however there are words and songs written in Gitxsan interspersed throughout, because the majority of the territory Highway 16 is located on belongs to the Gitxsan people.

Melody Courage plays the role of the “unnamed Native girl,” whose body is found by “White girl Ava”.

“Marie Clements is a brilliant playwright, and there are ideas as to why she does everything… I believe I go unnamed not only because my body goes undiscovered, but because I’m representing 1,200 missing and murdered Indigenous women. It’s not just one person, but the Native girl represents all of them,” said Courage, sharing her thoughts on why she believes Clements purposefully left her character nameless.

“I think the way Marie wrote it, it was not to make it a tragedy. I mean, it’s definitely tragic what has happened to the women, but she didn’t want it to be a tragedy… just more to trigger awareness for everyone of what has happened, and what is still happening,” said Courage.

The music that accompanies the entire show, to Courage, is very moving. Brian Current created the musical score, and it includes the talents of the Rose-Ellen Nichols, a Coast Salish mezzo-soprano performer; Clarence Logan, a bass baritone from the Moosomin First Nation in Saskatchewan; mezzo-soprano performer Heather Molloy; and tenor Kaden Fosberg. And there is a seven-piece chamber orchestra which Charles Barber leads.

“What Brian Current has done with the score, to paint the horror, and the dissonance… all of these emotions you can hear through the music. It’s really beautiful,” said Courage.

While Peter Hinton directs, performing alongside Courage is Caitlin Wood, filling the role of “White girl Ava;” And Marion Newman, from the Kwagiulth and Sto:lo First Nations, performs the role of the Indigenous university professor, Dr. Wilson.

Newman was particularly drawn to this role because she feels it’s something she’s been informally rehearsing for for years.

“I have grown up knowing about the issue of missing and murdered Indigenous women. Certainly, my parents always made sure I had my own vehicle or a ride, and that I would never be in a position where I didn’t have control,” said Newman, describing how serious the issue was, even when she was growing up.

“It seemed overbearing at the time, but as an adult, I get it,” she said.

And not only does she have first-hand experience dealing with the anxiety of actually fearing that she, too, might become a missing or murdered woman, but she follows the issue politically and in the news, and spends some of her own time enlightening others about Indigenous issue.

For Newman, she hopes the audience will come away with a greater understanding of the issue, but also with greater compassion for Indigenous people struggling to find solutions.

“We’ve had nearly a week of rehearsals, and so far I’m totally impressed with the voices I’m hearing and the discussion with our amazing director around the whole story… why we’re telling it, who we’re telling it to,” said Newman.

“It’s certainly having an impact on me… And I feel like it cannot fail to help other people learn,” she said.

For more information or to purchase tickets go to: http://www.cityoperavancouver.com/missing.com 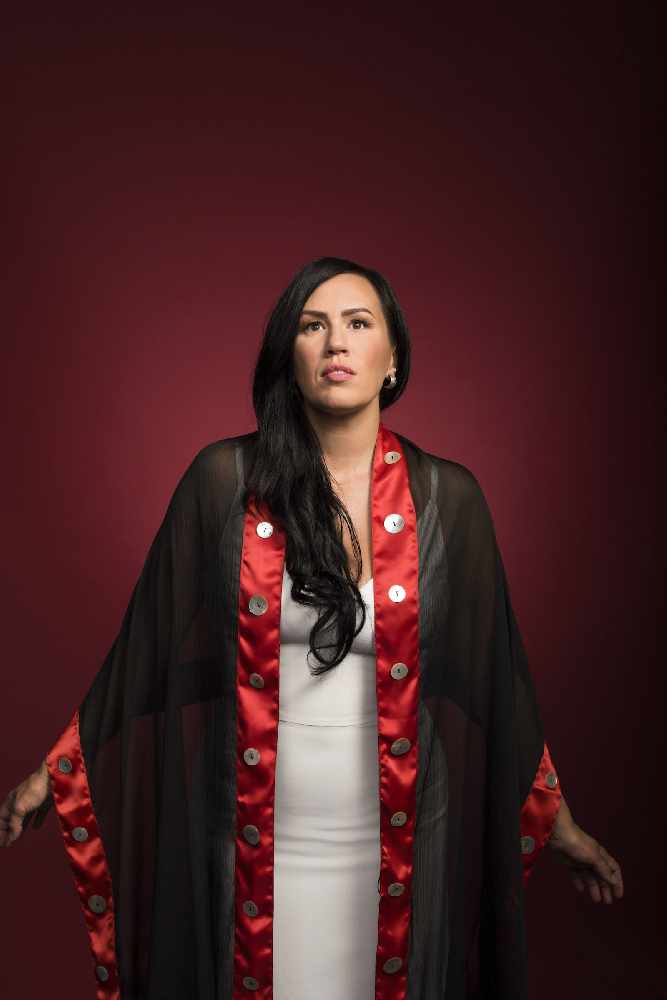