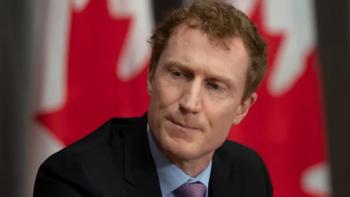 “We do toss around very large numbers and they are of varying levels of accuracy. It isn’t a perfect number. It’s something we need to go out and quantify.” —Indigenous Services Canada Minister Marc Miller
By Shari Narine
Windspeaker.com Contributor

Indigenous Services Canada Minister Marc Miller readily admits that $18 billion committed to Indigenous peoples in the 2021 budget over the next five years is not enough to close the socio-economic gap.

“While it is a historic amount (and) is intended to make a significant step in the next three to five years … it doesn’t mean that’s the end of the story by any stretch of the imagination,” said Miller.

He points out that this isn’t the only money allocated to Indigenous initiatives in the budget. While the $18 billion is parsed out between his ministry and Carolyn Bennett’s Crown-Indigenous Relations Northern Affairs ministry, other departments have also included specific sums for Indigenous initiatives, such as policing, tourism, and language revitalization.

On April 19, Finance Minister Chrystia Freeland delivered the Liberal government’s first budget in two years and committed to new spending of $101.4 billion in an effort to continue the fight against the coronavirus pandemic, to address the disparities the pandemic has highlighted, and to kickstart the economy with a large fiscal stimulus package.

Those goals hold true for Indigenous communities as well, says Miller, and are reflected in the dollar figures his ministry put forward to the Department of Finance for the budget.

“Obviously these numbers don’t come out of nowhere. They involve an immense amount of work,” he said, but added they aren’t written in stone.

The allocations have been criticized for lacking specificity. While the budget claims dollars will be meted out in a distinctions-based manner to First Nations, Inuit, and Métis, there are few concrete figures to indicate how.

“I would not say that’s an unfair criticism. I think these things are always worthy of refinement, but I think people need to understand that when you put forward these numbers they also have to be reflective of the relationship they entertain which is one that has to be in a consultative and engaged process and that’s what we’re going to do. It’s a little harder. It takes a little more effort, but it’s well worthwhile because then it reflects the priorities of communities that are working really hard to close those gaps,” said Miller.

What may have been considered a prioritized shovel-ready infrastructure project at the time the budget was being established may no longer hold that same urgency for the community now.

“It isn't a preordained conclusion insofar as now we have those sums and we have to re-engage with communities and say and confirm that these are priorities. (We have to) go through the operation and say where would we need to allocate these and then move forward on that basis,” said Miller. He adds that communities are “eager to look at allocations and start seeing those sums hit the ground” as a means to stimulate their economy.

Indigenous leaders see the $6 billion committed over five years for infrastructure as a good start. However, they say the government needs to commit to sustained funding over the next 15 years.

Miller says while 2030 has been set by Cabinet as the target date to close the infrastructure gap, he also says this budget isn’t intended to close that gap in nine years.

“There’s a process of measuring that needs to be undertaken in the next 18 to 24 months to get a real sense from communities as to what that gap is. We don’t know what it is. We do toss around very large numbers and they are of varying levels of accuracy,” said Miller. “It isn’t a perfect number. It’s something we need to go out and quantify.”

Miller understands that Indigenous leaders and communities want to trust that his government will deliver on their promises.

“I feel it isn’t for me to provide assurances. It’s for me to prove this. In my mind that goes squarely through … making sure the relationship is respectful and we continue to be delivering on our promises whether it is ensuring all the projects we’ve committed to in the past…. Those are all things we need to prove and we have to continue to reprove it. I think action speaks louder than words and it’s just something we have to be relentless about,” he said.

Although the budget spans five years of financial commitments, there will be at least one election within that time frame.

“My focus right now is on ensuring that everyone has an opportunity to get a vaccine in Indigenous communities and, in fact, in the urban settings as well and that we support people throughout the pandemic and come roaring out of it and that’s what I’ll stay focused on until parliament no longer has confidence in our government,” said Miller.

While Miller joked that all budgets “just definitionally” are pre-election budgets, he admitted that chances were strong that the minority Liberal government could be in an election situation within the next two years.

“I think any government, it doesn’t have to be a Liberal one, any government of any stripe needs to commit to … closing that socio economic gap. (That) has to be a sustained effort, a relentless sustained effort by any government that has the honour of taking the reigns federally going forward.  So I would hope to see it continue over the short, medium and long term,” said Miller.