Update on the judge found unfit to be on the bench 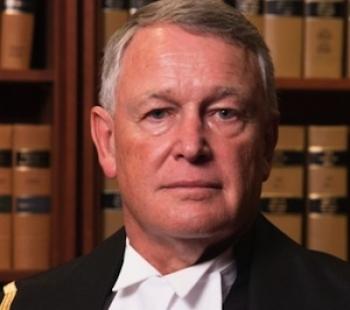 Justice Robin Camp is subject of a Canadian Judicial Council inquiry and a coalition of women’s groups wants to weigh-in on his fate. (Credit: Andrew Balfour/Federal Court of Canada)

A Law Society of Alberta three-member committee has approved the reinstatement of the “knees together” judge Robin Camp who is now permitted to practise law again in the province.

He had resigned from the Federal Court of Canada a year ago before he was removed due to offensive comments to a sexual assault victim during a trial of the alleged perpetrator, who Camp acquitted. Camp had asked the woman why she didn’t keep her knees together during the alleged attack. He also repeatedly referred to the victim as ‘the accused’.

The Law Society of Alberta stated that Camp had learned from his mistakes. In his reinstatement application, Camp said he was planning to practise commercial or environmental law.

"Why couldn't you just keep your knees together?"

A coalition of women’s groups wants to have its say in an inquiry into the judicial conduct of an Alberta judge who asked a victim of sexual assault that question.

The feminist coalition, led by the the Women’s Legal Education and Action Fund Inc. (LEAF) and comprising of the Avalon Sexual Assault Centre, Ending Violence Association of British Columbia, the Institute for the Advancement of Aboriginal Women, Metropolitan Action Committee on Violence Against Women and Children, West Coast Women’s Legal Education and Action Fund Association, says Justice Robin Camp is not fit to be on the bench – provincial or federal.

Camp is facing a review by the Canadian Judicial Council following a case he heard in 2014 in Alberta Provincial Court in Calgary. He acquitted Alexander Scott Wagar on the charge of sexual assault, but Camp’s comments during the R v. Wagar trial not only formed the basis for a successful appeal of the verdict, but drew the attention—and concern—of Kathleen Ganley, Alberta minister of justice and Solicitor General.

In December 2015 following the appeal, Ganley wrote Chief Justice Beverley McLachlin, who heads the Canadian Judicial Council, adding her voice to the need for an inquiry to determine Camp’s ability to remain in office because “in my respectful opinion, the conduct of Justice Camp throughout the proceedings … was so manifestly and profoundly destructive of the concept of the impartiality, integrity and independence of the judicial role … that Justice Camp has become incapacitated or disabled from the due execution of the office of judge.”

Ganley goes on to say “It is evident that many of the trial judge’s comments throughout the    proceedings reflected discredited stereotypes and myths and a distorted view of legislation meant to protect sexual assault victims and the integrity of the trial process.”

Ganley’s letter followed an initial joint complaint to the CJC by four university professors from the University of Calgary and Schulich School of Law, Dalhousie.

The letters requesting an inquiry into Camp’s conduct in the R v. Wagar trial and the decision to convene the inquiry followed Camp’s appointment to the Federal Court in June 2015 by former Conservative justice minister Peter McKay.

As Camp is a federally-appointed judge, even if the CJC finds he has breached the standard of good behaviour, only Parliament can remove him.

Following the CJC’s decision to convene the inquiry, the Federal Court released a statement saying Camp would not receive any new sexual conduct-related cases and that he was recusing himself from any such cases he was presently presiding over.

It also stated that Camp was voluntarily undertaking a program of “gender-sensitivity training” at his own cost.

The Federal Court also released a personal statement from Camp: “I have come to recognize that things that I said and attitudes I displayed during the trial of this matter, and in my decision, caused deep and significant pain to many people. My sincere apology goes out, in the first place, to the young woman who was the complainant in the matter.

I also apologize to the women who experience feelings of anger, frustration and despair at hearing of these events. I am deeply troubled that things that I said would hurt the innocent. In this regard, I am speaking particularly to those who hesitate to come forward to report abuse of any kind and who are reluctant to give evidence about abuse, sexual or otherwise. To the extent that what I have said discourages any person from reporting abuse, or from testifying about it, I am truly sorry. I will do all in my power to learn from this and to never repeat these mistakes.”

Muriel Stanley Venne, president of the Institute for the Advancement of Aboriginal Women (IAAW), laughs at Camp’s voluntary gender-sensitivity training and his apology.

“I believe that (some judges) are so discriminatory but they don’t realize it. ‘This is the way we do things’ is their attitude,” she said.

The only way to change that, contends Stanley Venne, is for the old guard to retire.

Part of LEAF’s argument for a role in the inquiry, includes, “We are at a moment in Canadian history in which the amount of public discussion about sexual assault and the meaning of consent is high, but the confidence of sexual assault survivors in the criminal justice system is very low. Indigenous women, in particular, report little faith in the criminal justice process. The conduct of Justice Camp has exacerbated this crisis in confidence. Justice Camp’s conduct contributes to a chilling effect on the reporting of sexual assault offences, an effect that is magnified for individuals, such as the complainant in Wagar, who experience multiple and intersecting disadvantages arising from characteristics including gender, poverty, race, Indigeneity, sexual orientation, age and/or disability.”

Kim Stanton, legal director for LEAF, says it is their belief that the 19-year-old victim in R v. Wagar is Indigenous.

This is not the first time IAAW or LEAF have asked for intervener status in a case involving women and violence.

Earlier this year, both organizations were granted intervener status to provide written submissions in the appeal of the acquittal in Bradley Barton’s first-degree murder charge in the death of Cindy Gladue, an Edmonton sex worker.

Unlike Wagar’s acquittal by a judge, Barton was found not guilty by a jury of nine men and two women. But that doesn’t mean there weren’t issues with the judge, says Stanley Venne.

“It’s the arrogance,” she said. “In our factum that we submitted on the Cindy Gladue case, time after time we cited the fact that they continued to refer to Cindy, not ever by name, but an ‘Indian girl’ or an ‘Indian woman.’ They dehumanized her to the point where I would not hesitate to say they influenced the jury … and what he did, I believe, he drew out the prejudice that exists against Indian women in this country, drew it out and brought it in and said, ‘Here look, she isn’t worth much.’”

Those wanting to intervene in the Camp inquiry had until June 1 to submit their motions. They are supposed to hear back in two weeks’ time.

“What we will have on June 15 is a response from the judge’s counsel to our application for intervention. There is no timeline as of yet for when we will receive a decision from the Inquiry Committee about our application,” said Stanton. She added that as far as she knew there was also no date set for the inquiry. 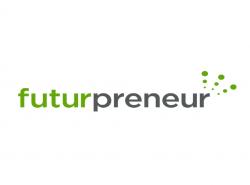