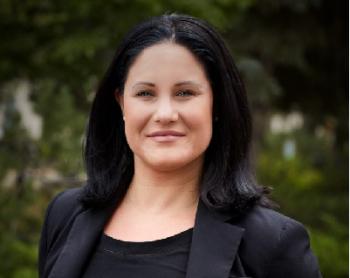 Indigenous women who are seeking reparation for forced sterilization have received support from the Assembly of First Nations.

Alisa Lombard, lead counsel for Maurice Law, which has begun legal action on behalf of Indigenous women who were sterilized in Saskatchewan says she was “pleased” with the resolution, which was put forward by Saskatchewan chiefs Joanne Roy of Waterhen Lake First Nation and Derek Sunshine of Fishing Lake First Nation. However, Lombard stresses, political action like this and litigation are separate.

The Saskatchewan Court of Queen’s Bench has yet to certify the class action law suit, which was filed in February. The initial court action was launched in October 2017 on behalf of two women identified only by the initials MRLP and SAT.

A minimum of $7 million is being sought for each woman. In the case of MRLP, her permission for tubal ligation was asked for while she was “physically and emotionally distraught … and while she was incapacitated by the pain associated with active labour.”

In the case of SAT, “she gave birth naturally and was brought to the operating room against her will thereafter to be sterilized.” These are the descriptions outlined in papers filed by Maurice Law. Both complainants’ identities are protected by a publication ban.

About 60 women have registered with Maurice Law to participate in the proposed class action.

“It’s undeniable that these women have suffered and continue to suffer. And the remedies that are available to us are of course imperfect. They don’t fix anything for these women, really, but that’s how we deal with these things,” said Lombard.

A decision on the certification of the class action will not occur until a judge deals with concerns raised by the defendants in a preliminary hearing in June, says Lombard. The defendants want to cross examine plaintiffs MRLP and SAT and want access to their medical records from the time of conception of their first child to present day; and requested the names of all the women who have registered for the potential class action.

The court could take up to six months to make a decision on the preliminary motions, and then either side could appeal, and time would be needed to implement the court’s decision. Not until then will attention turn to the certification of the class action.

During all this, says Lombard, an out-of-court settlement could be reached.

“These women have been through a lot and I think time is of the essence on things such as these. What’s happened to them is really quite outrageous and, I believe, it’s time for the system to respond accordingly,” she said.

Lombard would not comment on whether or not the parties were talking.

While the actions of Maurice Law, the first and only Indigenous-owned law firm in Canada that is national in scope, are focused in Saskatchewan, that doesn’t mean coerced tubal ligation wasn’t practised in other parts of the country.

In a 2012 paper entitled The Coercive Sterilization of Aboriginal Women in Canada, Karen Stote, an assistant professor of women and gender studies at Ontario’s Wilfred Laurier University, wrote that “studies have confirmed that Aboriginal women were disproportionately targeted by enacted legislation in the province of Alberta. Sterilization measures were also implemented in the absence of formal legislation. Evidence indicates this practice was carried out by eugenically minded doctors in Ontario and Northern Canada, where Aboriginal women were the prime targets.”

“We’re aware of that and we will take steps eventually to likely deal with that but at this time there’s a large pocket of women out of Saskatchewan that are asking for help so our efforts are focused there at this moment,” she said.