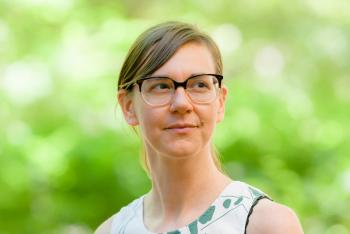 "This is the primary piece of legislation that governs some of the biggest conflicts between Indigenous people and the State, which is around resource development and extraction development.” — Research Director Shiri Pasternak, Yellowhead Institute
By Deb Steel

Bill C-69 is nearing the 11th hour. It is now in the Senate being debated for Second Reading.

According to the Yellowhead Institute’s Research Director Shiri Pasternak, Bill C-69, the Act to enact the Impact Assessment Act and the Canadian Energy Regulator Act, to amend the Navigation Protection Act, presents problems for First Nations.

Pasternak says there is no mention of UNDRIP in the Bill, and Indigenous consent is very nearly absent from the Bill.

“And this is the primary piece of legislation that governs some of the biggest conflicts between Indigenous people and the State, which is around resource development and extraction development.”

Pasternak was speaking on a panel with Randall Kahgee, a lawyer specializing in Indigenous rights law, and Russ Diabo, editor and publisher of the First Nations Strategic Bulletin, during the Free, Prior and Informed Consent Conference Oct. 24 to Oct. 26, hosted by the Saugeen Ojibway Nation.

The only mention of consent in Bill C-69 is when a pipeline crosses a reserve, Pasternak said. So that signals the only place where consent will matter is when it impacts on reserve.

“There is no mention of any broader traditional or treaty territory being taken into consideration as Indigenous land.”

There are also “dangerous” things in the Bill about who gets to decide consent of a project or development, said Pasternak.

“So if you are a grassroots person, forget about it. Your government is not considered what is called a legitimate Indigenous governing body under that legislation.”

According to Senator Grant Mitchell, who moved second reading of the Bill in Chambers Sept. 18, Bill C-69 sets out to ensure “that the impacts of resource projects are being reviewed rigorously so as to build public and Indigenous peoples’ trust and to meet the exacting interpretations of the courts, and it will implement provisions to sustain and enhance industry’s competitiveness and investor confidence.”

As the unwieldly name suggests, it is an act in three parts.

“It invokes important governance improvements and extends the purview of the CER to offshore renewable energy projects,” said Mitchell.

“The emphasis here is upon keeping navigable waters navigable for the future, regardless of their use today.”

“It lays the framework for an inclusive relationship based upon rights, respect, cooperation and partnership,” Mitchell said

“The legislation specifically requires that impacts on Indigenous communities be assessed. It ensures that Indigenous knowledge be formally regarded and integrated into review processes. Assessment reports will have to describe how this knowledge was taken into account. Indigenous peoples will be guaranteed positions on review and advisory bodies. It will be mandatory to provide funding to support Indigenous participation in public hearings and in capacity building to support effective participation in project reviews.

“Furthermore, Indigenous jurisdiction will have equivalent status in the creation of joint and integrated panels that will include federal and/or provincial, territorial and Indigenous authorities.”

This might sound good, but many have found deficiencies as Bill C-69 relates to Indigenous rights, and duties of consultation.

“One thing is clear – the Crown has signalled that it will be relying on (the) IAA process to satisfy the Crown’s duty to consult and accommodate Indigenous peoples – the question is to what extent,” reads a report from David Laidlaw entitled “Bill C-69, the Impact Assessment Act, and Indigenous Process Considerations” (15 March, 2018). Laidlaw is engaged in research in Aboriginal issues for the Canadian Institute of Resources Law.

Bill C-69 — which will overhaul the Canadian Environmental Assessment Act, National Energy Board Act and Navigable Waters Act — mostly restores protections to how they were before the Harper Conservatives decimated them in 2012, but little has been done to truly modernize processes…

Rather than tightening the rules to make ministers more accountable for upholding First Nations’ rights, the new law gives them “broad discretion at every turn,” the article reads.

Diabo is concerned that many First Nations haven’t really paid much attention to Bill C-69, and “it really falls to the bands that can afford to do it to analyze how it's going to impact us on the ground. And then the burden is on them to say to Parliament ‘Hey, we want this amended, because it’s going to impact us'.”

Speaking for the first time in the Senate Chamber Nov. 7 was new (as of Oct. 3) Alberta Senator Paula Simons, a former political columnist with the Edmonton Journal. She spoke to the issue of Bill C-69 saying that it runs roughshod over environmental concerns and Indigenous sovereignty.

She was calling for “meaningful amendments” that “provide the clarity and certainty that the bill, as written, currently lacks.”

Simons says she has been inundated with emails and letters from people who want to kill the Bill, telling Senators they must be losing patience with the “seeming hysteria” around this legislation.

But she’s not advocating killing the Bill or going back to the drawing board, as that would impact investor confidence.

“I’d like to hope we might work together to shape Bill C-69 into the sort of legislation that respects both First Nations’ sovereignty and the constitutional rights of provinces, into a bill that protects our shared environment as an integral part of ensuring our shared economic future.”

She began by discussing Bill C-69 through a historical lens to explain what the proposed legislation represents to Alberta, going back to before 1930 to the hard fight by Alberta to control its resources. And she spoke of the battles of successive Alberta governments that “zealously and jealously guarded those resource rights.”

Despite that great effort of Alberta, Canadians are now holding the land-locked province “hostage”, Simons explained.

“Our ability to get our oil, especially our bitumen, to new markets outside Canada, particularly to Asia, is being hindered,” with Albertans left feeling “throttled”.

While acknowledging that the current regulatory model is broken, and saying Canadians have lost faith in the National Energy Board, Simons told the Senators that Alberta wants a ”more nimble process to approve new pipeline infrastructure.”

But, “the only way we can create a regulatory system that provides investor confidence is by having an open, comprehensive and comprehensible template to ensure that the environment is protected and that First Nations and Metis settlements are respected partners in the collaborative process.”

When Albertans look at Bill C-69, said Simons, “they don’t see an improved, streamlined regime for regulating energy infrastructure. They see a shaggy and complicated bill that encroaches on areas of provincial sovereignty and which, they fear, will make the timely approval of any large project all but impossible.”

Senator Pierre-Hugues Boisvenu of Quebec also spoke to Bill C-69, calling it a Trojan horse that would unleash a federal army ready to infringe on provincial jurisdiction. He said it would be impossible for him to support the Bill in its current form, because “it would lead to a full-scale confrontation between Quebec and the federal government” over the province’s ability “to develop and manage their own natural resources.”

“Bill C-69 clearly infringes on the provinces’ jurisdiction and violates the division of powers set out in the Canadian Constitution.”

…Bill C-69 expressly requires consideration of impacts beyond federal jurisdiction. Bill C-69 raises the prospect that a federal minister might prohibit.. [a] project on the basis of an environmental impact unconnected with a federal power.”

“Honourable senators, Bill C-69 could mean that decisions currently under provincial jurisdiction will henceforth be made in Ottawa in the office of the Minister of the Environment. Bill C-69 is a Trojan horse that will turn the federal government’s backrooms into the nerve centre where decisions about major Quebec energy projects are made.”

Senator André Pratte, who was the seconder on the motion for second reading, said he didn’t see a Trojan horse. The Bill’s main purpose, he explained, is to “protect the components of the environment and the health, social and economic conditions that are within the legislative authority of Parliament. This is clearly stated as one of the bill’s purposes.”

Boisvenu countered saying the federal government has been “itching to get involved” with environmental protection.

“I worked for Quebec’s Department of the Environment for about 15 years. Every time Quebec made any kind of progress and the federal government wanted to muscle in, it would try to sneak in with a Trojan horse.”

Debate on Bill-C-69 will continue and may soon be sent to committee to discuss amendments.