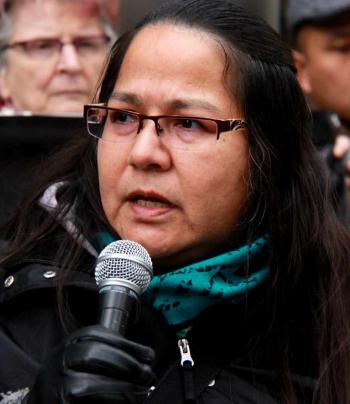 Federal Court of Appeals has quashed the government's approvals to build the Trans Mountain expansion project. Canada did not fulfil its duty to consult with and, if necessary, accommodate the Indigenous applicants.

The unjustified failure to assess the effects of Project-related shipping under the Canadian Environmental Assessment Act, 2012 and the resulting flawed conclusion about the environmental effects of the Project was critical to the decision of the Governor in Council. With such a flawed report before it, the Governor in Council could not legally make the kind of assessment of the Project’s environmental effects and the public interest that the legislation requires.

Canada did not fulfil its duty to consult with and, if necessary, accommodate the Indigenous applicants.

If the Federal Court of Appeal dismisses an appeal to overturn federal approval of the Trans Mountain Pipeline extension on Thursday, opposition to the project will not end there.

“Our people are still going to be doing what we’re doing. Any court decision will not change our opposition or the work we’re doing,” said Neskonlith Indian Band Chief Judy Wilson, secretary-treasurer for the Union of British Columbia Indian Chiefs.

Wilson has been vocal in her opposition to the project.

Six BC First Nations joined with the BC provincial government, the cities of Vancouver and Burnaby, and two environmental organizations to stop Kinder Morgan’s Trans Mountain pipeline expansion.

Wilson says that if the decision is not favourable to the nations, it is because the court has decided to override the United Nations’ duty of free, prior and informed consent owed to First Nations and to give more weight to the federal government and industry.

On May 29, the federal government announced it would purchase the expansion project from Kinder Morgan for $4.5 billion. Kinder Morgan stopped unnecessary spending on the $7.4-billion expansion in April blaming legal action undertaken, in part, by the new NDP provincial government in BC to scuttle the project. Expanding the pipeline will triple the amount of diluted bitumen shipped from Alberta to a terminal in Burnaby.

At issue, said Wilson, is the lack of approval that has been received from the First Nations for 513 km of pipeline, which passes through unceded BC territory.

“The collective title in the interior is held by the people, so it’s not held by bands per se…. In the interior here, our historical accounts and records that we’ve filed in court, they are about collectively held titles through the nation and it’s by the proper title holders, which are the Secwepemc people,” she said.

Wilson said individual bands, such as Simpcw First Nation, which have signed impact benefit agreements with Kinder Morgan, only have say for development within its reserve boundaries.

“There are 10,000 registered Secwepemc and many more who aren’t registered so it’s the people who have to give that consent,” she said.

If the federal court of appeal dismisses the appeal, Wilson says political, legal and technical avenues will be pursued. One legal avenue could involve taking the issue to the Supreme Court, a costly endeavour.

“Of course, the funding is an issue,” she said. “We find ways to work together. Funding is there and it’s being used strategically on the front lines and in creative ways.”

Support to stop the pipeline has come from First Nations across Canada and some in the United States, as well, from the Treaty Alliance Against Tar Sands Expansion which is picking up steam with the Chiefs of Ontario, representing 133 First Nations in that province, signing on in early May.

There are also 53 First Nations in B.C. as signatories. The Treaty Alliance is calling for a ban on pipeline projects, including Kinder Morgan’s Trans Mountain, TransCanada’s Keystone XL and Enbridge’s Line 3.

But there has also been a push from First Nations in Alberta to become equity owners in the Trans Mountain pipeline expansion.

Recently the Metis Nation of Alberta also expressed interest in buying into the project, passing a resolution supporting the expansion. Impact benefit agreements have been signed with 43 Indigenous groups along the pipeline path, according to Kinder Morgan. Those impact agreements will be honoured by the federal government.

Wilson doesn’t believe the Trudeau government should have purchased the expansion project.

But more than that, and underscored by the Treaty Alliance Against Tar Sands Expansion, is the need to consider other energy alternatives.

“This is really a turning point. Mother Earth is in dire straits here and with the wild fires and the flooding and climate changes and global warning we’re seeing, it’s been written on the walls, it’s been talked about. We have to make these solid decisions. Which path, which direction we’re going to be going. With the pipeline that’s what the people are saying. There has to be a change,” she said.

The Federal Court of Appeal will post its decision on its Website on Thursday. Wilson will host a news conference from the UBCIC office following the public notice of the decision.