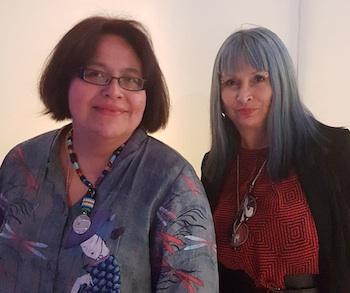 Ardith Walkem had a vision. After working in law with Indigenous people for nearly 20 years, she realized there was something missing.

Within mainstream Canadian law, she noticed there was a distinct lack of consideration for Indigenous law and the contributions it could make to the current legal system.

Walkem is realizing her vision this week in Vancouver with the launch of the Testify Project, a series of art installations and written works by artists in collaboration with legal thinkers. Together, they share their insight about meaningful, but forgotten, pieces of Indigenous law.

“Usually when we talk about law in Canada, it’s not that we dismiss Indigenous law, but we don’t even think about it at all,” she said.

The project kicked off with an opening reception Oct. 13, then it’s followed by a week of art on display, and a weekend series of seminars, talks, and performances, as well as round table discussions.

“It’s about laws arriving within Indigenous Nations and finding ways to express those. Some of the writing is about land. Some of it is about people. There are laws for respecting women, and laws for caring for children,” said Walkem.

“What makes it different is it’s entirely not within Canadian law. We’re trying to look within Indigenous traditions,” she said.

Walkem collaborated with Corrine Hunt, known for her West Coast inspired fine jewellery designs. Together, they chose the topic of “hope,” inspired mostly by Walkem’s own feelings on the subject.

Hunt’s contribution is a skillfully crafted Big House, with designs and stories both inside and out. Part of it has been inspired by her west coast culture, and other aspects share beliefs she’s come to later in life, such as Buddhism. The story of hope for her comes from one particular experience she had during a ceremony just after her mother passed away.

“In our culture on the west coast we have a mourning song, and when they were singing the song I was standing there on the Earth and the fire was burning… and I just understood the relationship to me and the Earth… and with my mother who would never be lost,” said Hunt. “It was very comforting,” she added.

Hunt realized in that moment there was a deep interconnectedness between all things, something she says Indigenous law can highlight. Along with the stories and pictures strategically placed on her Big House, she has also crafted a cedar fire which will blow smoke during her performance session Saturday, Oct. 15, symbolic of her mother’s spirit being released.

“One of the things that’s most important to me is hope. You know this idea that we have to present in order to go forward… you have to believe that starting from where you are there is a good place to go,” she said.

Halie Bruce has been practicing law in the area of child welfare for years. She’s well aware of the issues that come up when a child is taken from their home in an Indigenous community, and removed from all family, friends, and cultural connections.

Her written piece for the show involves her insight into the damage this can cause to a child, and she speaks from experience because she’s been that child herself.

“I call it voting with my feet… I ran away from foster homes and would run to my grandmother’s or would try to find my mother,” said Bruce.

“They finally just let my grandma take me to our home community and I ended up living there with some family. Through that I was finally able to have that sense of identity that only culture can bring,” she said.

Bruce feels the Testify Project is really a step toward reconciliation in Canada. She believes it can help with the Truth and Reconciliation Commission’s call for better education on Indigenous issues in Canadian schools, because the plan is for it to travel beyond Vancouver, into Victoria and Kamloops, then to universities in Ontario and Quebec.

“It’s a work in progress… All the work is going to be in different stages and it’s going to be very fluid. It’ll invite people to participate in that discussion and continue the process and invite new pairs for new talks,” she said. 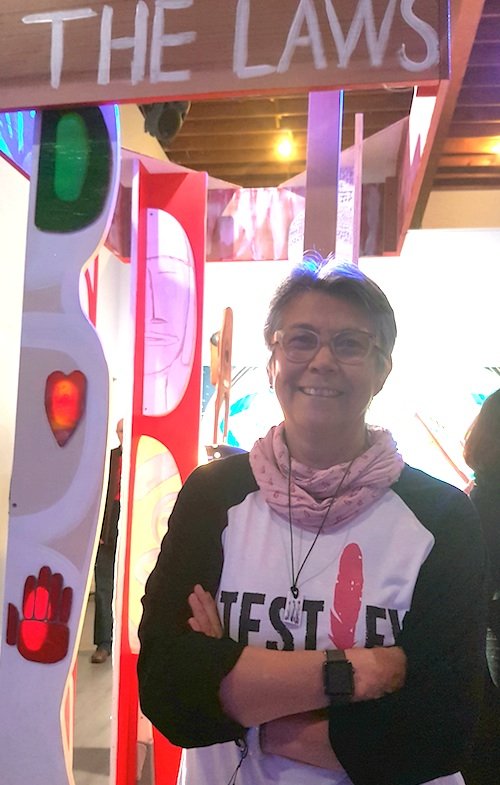 Corrine Hunt standis in front of her Big House display. 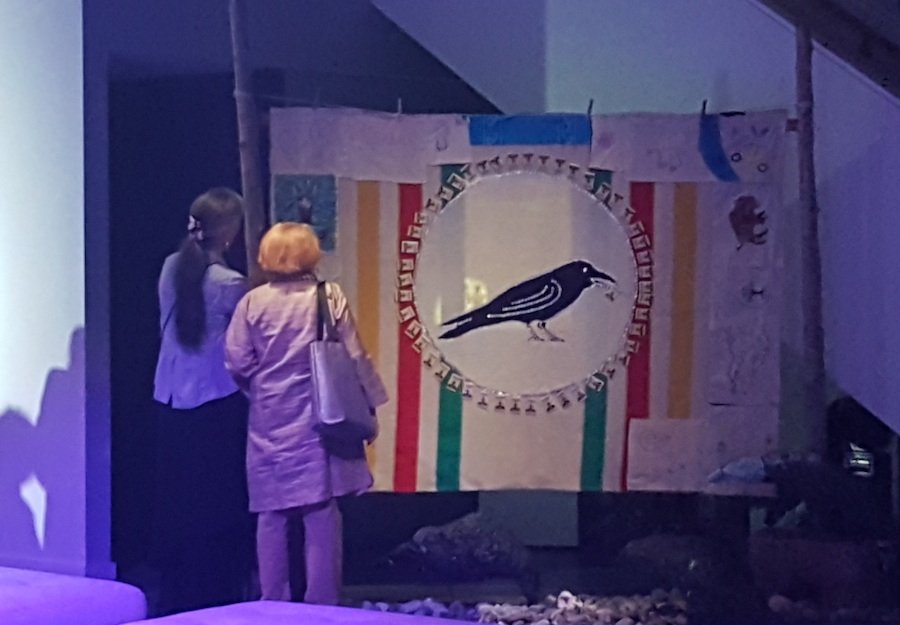 Works on display now for the Testify Project.