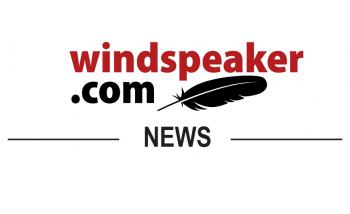 Anishnawbe Health Toronto (AHT) has long been considered a leader in its field.

And now officials with the health centre, which serves the Indigenous community in Toronto, are making plans to implement a unique training program it has developed.

A couple of decades ago, AHT was the only facility where Indigenous people in the country’s most populous city could access traditional healing.

AHT’s healthcare and healing methods are guided by the teachings of traditional healers, Elders and medicine people.

AHT officials now have a new way to deliver traditional healing in the future.

“It’s kind of left to the traditional healers to find an apprentice and train that student,” said AHT’s executive director Joe Hester. “We’re not developing this resource. It hasn’t been supported and there’s no place you can go to get that kind of training.”

But that will change soon.

AHT officials anticipate they still need to secure a couple of million dollars, but they plan to eventually implement the training program they have developed for traditional healers, ceremonialists and osh-ka-be-wis (traditional helpers).

“It’s not going to be a quick process by any means,” Hester said. “And COVID has interrupted this work.”

Thanks to some financial donor support, the Anishnawbe Health Foundation (AHF) was able to provide some funding to the AHT to hire a director of special projects this past January.

This individual, Michael Milward, a member of Beardy’s and Okemasis Cree Nation in Saskatchewan, has been assigned the tasks of planning and implementing a pilot project for the training program.

AHT is the only Indigenous health centre in Canada that has traditional healers as full-time staff members.

It also used to be a one-of-a-kind facility.

“We used to be the only place you could access traditional healing,” Hester said, adding there are now 10 Indigenous community health access centres in Ontario. “Other community centres have started up. The demand for traditional healing has and will continue to increase.”

AHT officials believe the passing of knowledge is critical for future generations. That’s why they believe some formal training is necessary for those who will work as traditional healers in coming years.

More than 100 individuals, including Elders, traditional healers and academics, were consulted to get their feedback on whether some sort of training program was warranted. The feedback was overwhelmingly in favour of trying to move ahead with such a program.

“We’re looking to raise a couple of million dollars to get us going,” Hester said. “We need to talk to potential funders and partners with training institutions.”

“We knew a lot of what the curriculum would look like,” Hester said. “But we’re going to fine tune those kind of things.”

Besides the need to line up some financing, Hester added the training program also needs some additional work.

“We’re saying we want to implement our pilot project in the next year or two,” he said.

For starters, a recruitment process needs to take place to find both those traditional healers who will lead the program as well as a cohort of up to 10 students who will make up the first group.

Goals of the pilot project include: