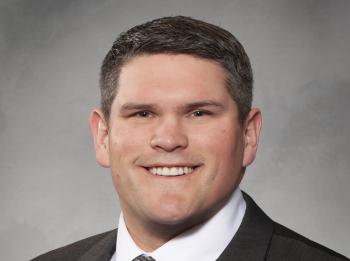 “We felt there was a lack of consistency and clarity on how much value we provide back to the market. The conversations started to evolve from there.” — John Desjarlais, chair of the Indigenous Owned Construction Companies Group
By Sam Laskaris
Local Journalism Initiative Reporter
Windspeaker.com

That’s the thinking of representatives from 10 Saskatchewan-based, Indigenous-owned construction companies that have joined forces to boost their profiles.

The Indigenous Owned Construction Companies Group (IOCCG) was publicly introduced this past week via a press release.

But the IOCCG was actually formed this past June when the group ratified its terms of reference and established its mandate.

At the time it also elected a five-person board, headed up by chair John Desjarlais, the general manager for Great Plains Contracting, a company based in Saskatoon.

Desjarlais is Métis from Cumberland House. He said there was an obvious need to set up the IOCCG.

“What we found is that the markets engaged us individually and not as a collective voice,” he said.

Desjarlais said several of the companies of the IOCCG are also members of the Saskatchewan Construction Association.

He also said representatives from some of these businesses started talking amongst themselves about a year ago to determine if there were ways to work better together.

“There was a lot of discussion about how our businesses are engaged in the marketplace,” Desjarlais said. “We felt there was a lack of consistency and clarity on how much value we provide back to the market. The conversations started to evolve from there.”

Now that the IOCCG has been established it will focus on best practices regarding Indigenous engagement, capacity development and procurement in the construction industry.

The group’s purpose is to represent Indigenous-owned construction companies, meaning those that are at least 51 per cent Indigenous owned and operated, including community, individual and tribal-owned organizations.

The IOCCG is also aiming to increase the socio-economic impact of construction activities for Indigenous people.

Desjarlais believes the IOCCG is the first Indigenous construction group to be formed in any province or territory in Canada.

But he’s hoping others follow suit and establish similar groups.

“I hope so,” he said. “We hope we can share this practice with others across the country.”

For example, Desjarlais himself is a director with the Indigenous Resource Network. This network was established in May 2020 to provide a platform for Indigenous workers, leaders and business owners who support Indigenous engagement in the resource sector.

Desjarlais has worked for Great Plains Contracting since 2011 and has been the company’s general manager for the past two years.

Great Plains Contracting has primarily focused on maintenance and site services work. In recent years it has also expanded to include various industrial and construction projects.

Desjarlais is confident the IOCCG membership can also grow substantially, adding there have been several inquiries about the group since last week’s public announcement.

“Everyone seems to want to be a part of it,” he said.

“We haven’t been knocking on people’s doors yet,” he said.

Desjarlais is also unsure of the exact number of Indigenous-owned construction companies that do exist in Saskatchewan.

He’s familiar with some of the larger ones.

“But there’s a considerable number of small proprietors,” he said.

Besides Desjarlais, the IOCCG board consists of four others.

Joel Morin of Agincourt Contracting is serving as the board’s vice-chair. And directors of the group are Shaun Howdle of STC Industrial Contracting/Keys Welding Service, Michael Orosz of Topa Contracting and Des Dumais of Kihew Manufacturing.

The other companies that are currently part of the IOCCG are Advantage Group, Points Athabasca Contracting, RobWel Construction Ltd. Partnership, KDM Constructors, and Flyer Electric.

For information about the group call Megan Jane at (306) 525-0171 or contact her by email at meganj@scaonline.ca.