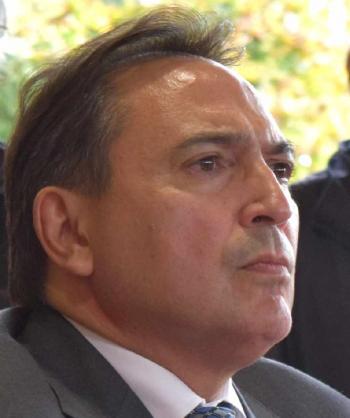 Keith Matthew believes that United States President Donald Trump has done a great service for First Nations in Canada and tribes in the U.S. by forcing the renegotiation of the North American Free Trade Agreement because now First Nations will have a say.

On Aug. 2, Global Affairs Canada announced Assembly of First Nations National Chief Perry Bellegarde will be part of a 13-member NAFTA council that would provide Foreign Affairs Minister Chrystia Freeland with its “unfiltered opinion … based on … (their) expertise and experience” before NAFTA negotiations get underway later this month and during the course of the negotiations.

In July, Cando attended the AFN’s annual assembly in Regina at which time a resolution was passed that would see the organization provide technical advice to the Chiefs Committee on Economic Development.

A second resolution directed the AFN to advocate for First Nations participation in trade initiatives and existing trade mechanisms on the basis of the recognition of First Nations inherent and treaty rights.

Matthew believes that economic reconciliation must take place between Canada and First Nations.

“And by that I mean looking at the Jay Treaty, and one of the outcomes I think should be having Canada really examine how they can sign that particular agreement and reunite First Nations and Native American people, because there is an artificial boundary that separates us.

“And even though it’s an artificial boundary, it’s real. It prevents us from freely trading goods and services amongst ourselves. I think that’s a really good place to start,” said Matthew.

The Jay Treaty was signed in 1794 between Britain and the United States and provided free border crossing rights for U.S. citizens, British subjects, and "the Indians dwelling on either side of the boundary line."

Indians were also not to pay duty or taxes on their "own proper goods" when crossing the border. However, in 1956, the Supreme Court of Canada ruled that the Jay Treaty was not law in Canada because it had not been ratified by legislation.

Matthew contends that there needs to be concurrent tables running: one where the national discussion takes place and another where NAFTA is negotiated.

The timeline is tight, with NAFTA negotiations to get underway Aug. 16 and expected to last a year.

“It has to be priority. I think you need to deal with those historical grievances in a good way to promote economic reconciliation between Canada and ourselves as First Nations people and level out that playing field. And do what’s right.”

Considering the depth of the discussion that needs to take place around national economic reconciliation and to examine the grievances of the past, Matthew doesn’t believe that the NAFTA timeframe presents sufficient time. But he says Bellegarde’s role on the NAFTA council is more than window dressing.

“Perry won’t stand to be token. I see it as a really huge opportunity for us,” he said.

Concrete results, says Matthew, would see the breakdown of barriers between First Nations in Canada and U.S. tribes resulting in a relationship that would create employment, allow the free transfer of goods and services across borders, and provide economic sovereignty for First Nations.

“If Perry can help achieve some of those goals sitting on this council then I would say that’s a huge win for us. I wish him all the best, because we need that. We really, really need that hope. We need the people at the highest levels to understand how desperate it is for a lot of our communities,” said Matthew.

In a news release issued by the AFN, Bellegarde stated, “It is essential that we be heard and represented. Any agreement must recognize our rights, title, and jurisdiction. Our involvement will ensure any outcomes are best for First Nations and best for the entire country.”