Funding will help revitalize Indigenous cultural heritage in BC 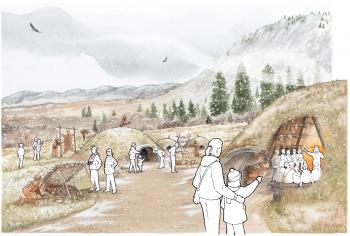 “… our goal is that Indigenous peoples will be recognized as the rightful authority over their cultural heritage with access to sustained funding to carry out this work.” —Karen Aird, Heritage Program Manager for First People’s Cultural Council
By Andrea Smith
Local Journalism Initiative Reporter
Windspeaker.com

The First People’s Cultural Council (FPCC) has received a grant in the amount of $4 million to help First Nations in BC create or revamp cultural heritage projects in their communities.

All projects needed to be “shovel-ready” which means construction will start right away. Funding is for three-years beginning this March.

“As we all continue to move forward together towards meaningful equitable partnerships, our goal is that Indigenous peoples will be recognized as the rightful authority over their cultural heritage with access to sustained funding to carry out this work,” said Karen Aird, Heritage Program Manager for FPCC.

“We know there is tremendous need and opportunity from First Nations to revitalize their Indigenous cultural heritage, while also creating jobs and boosting the economy of our province at the same time,” she said.

One of the projects receiving funding is the Fort Nelson First Nation’s Chalo Traditional Trades and Cultural Education Centre, which will receive $400,000.

“A lot of the traditional language and culture practices are still alive and well in the community, but not as prominent as have been in other generations,” said Lana Lowe, director of lands, resources and Treaty rights for the Nation.

“This project is a really big piece of it because we need a place to bring meat and hides, and a place central on reserve where people can come and see the work in progress and possibly join in if they feel like it,” she said.

According to Lowe, something like a museum would have been a “non-Dene” way of sharing culture. Their project includes a “trading post,” instead, where community members can display and even sell (if they choose to) “furs and hides and baskets and moccasins” they make, she said.

“I think that’s really, really important because that trading piece will help support the re-establishment of our traditional economy that supported our families for generations,” said Lowe.

The existing Chalo adult trade centre will see major upgrades to turn it into this new cultural education centre.

“It provides support where people can go out on the land to hunt, to fish, to collect medicines, and do all those things… And process meat and materials that come off the land, and turn it into something really beautiful,” said Lowe.

And they’re considering naming the facility after a beloved Elder in the community who recently passed away; a traditional language teacher of more than 20 years, she said. But the vote on that has yet to happen.

Sixteen million dollars was given to Heritage BC under the same stream, which First Nations—including the communities and organizations that received funding through FPCC’s ICIHG—can also apply for, according to Aird.

FPCC would have needed more than $45 million in total to fund all the projects they received proposals for, she said. But this is a good start, she added.

“Projects like these are especially important as they celebrate aspects of culture that make us different while bringing us together as British Columbians. They also provide economic opportunities for First Nations communities,” said Conroy.

The other successful ICHIG applicants were:

The UHI falls under the larger $100 million the province set aside for the Community Economic Recovery Infrastructure Program (CERIP), and is largely intended to help with recovery from the impact of COVID-19. https://www2.gov.bc.ca/gov/content/economic-recovery/cerip 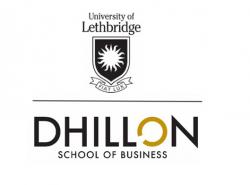