Federal government called out for lack of internet connectivity in Nunavut 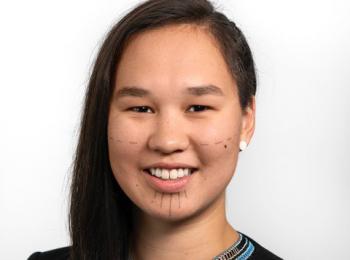 Nunavut MP Mumilaaq Qaqqaq isn’t hiding her displeasure with Canada’s Liberal federal government for inaction on the long-standing issues with internet connectivity in the territory.

“Instead of making internet services more affordable for Canadians, the Liberals sided with Canada’s largest telecom companies in their appeal of an August 2019 CRTC decision to lower wholesale rates,” a recent release from Qaqqaq’s office reads.

A lack of a strong internet connection has not only created difficulties in accessing news and communications, but also basic services, including obtaining identification, online health resources, and submitting job applications.

“In Nunavut, no households have access to high-speed broadband,” she wrote. She said the pandemic has made the situation worse in rural and remote areas.”

“It affects so many things that people don’t necessarily realize,” Qaqqaq said in an interview with Windspeaker.com. “There’s so many ways that it can impact an individual’s life.”

Qaqqaq pointed to what she sees as a trend of the federal government’s responses to Nunavut’s needs, prioritizing corporate interests over individuals and families.

“Do we actually ever see much action?” she said. “Not unless it’s affecting corporations.”

Qaqqaq said the federal talking points are falling flat. “They love these lines… ‘We know there needs to be more done. We know we need to do better.’ And every single time that’s basically what that response is.”

Qaqqaq said the current technology affects her day-to-day life while working in her constituency office in Iqaluit.

Weather issues such as fog and rain can affect the office’s internet. Some days the connection is too slow to even send an email, she said. Taking part in videoconferencing committees and meetings can be severely impacted by her connection’s limitations.

Qaqqaq says the way many Northern communities were set up, connectivity was never a priority from the outset. She said improving connectivity would provide an “enormous amount of potential to help people in so many different ways.”

With no active or past cases of COVID-19 in Nunavut, the territory should be well situated for a return to the classroom. Sanitizing and distancing measures are being put into place, but virtual or distance learning options will be a challenge. The resources teachers and students can access in the north pale in comparison to the resources available in southern Canada, Qaqqaq said.

Add to that price gouging on school supplies. A recent post on Twitter from Iqaluit-based Inuk artist Pitsiulaaq showed two packs of pencils, three highlighters, two pens and a notebook for $43.

Qaqqaq said many post-secondary students are falling behind while trying to complete university and college courses while staying home in Nunavut.

Options for stronger connectivity include establishing a partnership with Greenland, situated east of the territory’s Baffin Bay, to expand the connection westward. Another possibility is creation of a road into the central Kivalliq region from Manitoba that could help in the transportation of fibre optic cables.

However, Qaqqaq said there’s little action from government to follow through on discussions that have been going on since Nunavut was officially recognized as a Canadian territory on April 1, 1999.