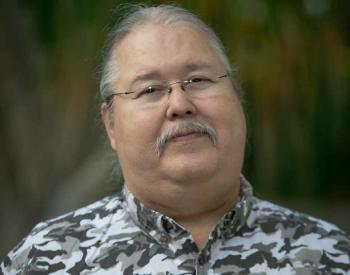 Russ Diabo says the Assembly of First Nations election may be over, but he’s “just getting started.”

Diabo, who finished his failed attempt to unseat Perry Bellegarde as national chief with only 10 votes, is calling for the resignation or firing of federal Minister of Crown-Indigenous Relations Carolyn Bennett.

He accuses her of election interference, saying the minister allegedly directed the Alberta chiefs to “stay the course”.

“I’m saying her ‘stay the course’ message was a signal. It’s a signal they (the federal government) want a candidate who will go along with their agenda.”

He also thinks that Bennett “should have had the common sense to know that just her presence was an influence,” said Diabo. He points out that AFN’s budget is dependent on the federal government. 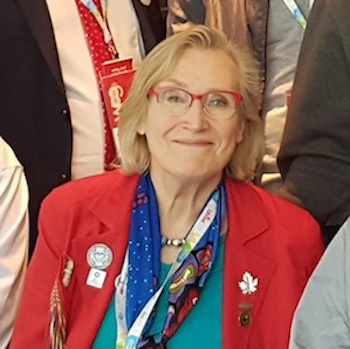 Diabo ran into Bennett on his way out of a meeting with the Alberta caucus prior to the polls opening July 25. Bennett was going in to address the caucus, having been invited by Alberta Regional Chief Marlene Poitras. Poitras spoke to Windspeaker.com on election day, just before the first ballot results were announced. A representative of the Alberta chiefs told Windspeaker.com it was to discuss Alberta nations’ business only and that neither the candidates nor the election was spoken about.

Diabo says that though Bennett did not discuss the election, he was told that the minister talked about the 50 per cent equity being offered to First Nations for the Kinder Morgan pipeline, now owned by Canada, and the Recognition Act, while directing chiefs to “stay the course.”

As far as Diabo is concerned, Bennett’s comment could be construed to mean that he was not to be supported.

“I’m the candidate who had the strongest position against the status quo. I’m the one calling for the most fundamental change, that’s why I took it personally. I felt like she was campaigning really against me,” said Diabo.

Diabo told candidates Miles Richardson, Sheila North and Katherine Whitecloud that Bennett had been in the building and “they all agreed that was political interference.”

Whitecloud, as the lowest vote-getter, was dropped from the second ballot. Diabo says the other candidates spoke to lawyers, but as the AFN charter did not address the situation, there was nothing that could be done. He says there was also discussion about calling a non-confidence vote from the floor after Bellegarde was sworn in.

“But after they found out Perry won the second ballot, the so-called bravado melted away,” said Diabo.

Diabo’s concession speech, where he talked about “consequences” for voting in Bellegarde for a second term resulted in boos from the floor.

“I didn’t care. In my view what I’ve succeeded in doing is exposing what I was saying all along is that the Liberal government really has undue influence over AFN,” said Diabo.

He points to the interaction this morning between Bellegarde and Bennett. When Bellegarde introduced Bennett he joked about what had transpired the day before. Bennett said she had “too much respect for (the chiefs) to try and influence your decisions.”

“It just shows how arrogant they are and how cozy their relationship is. It confirms what I’ve been saying,” said Diabo.

There is no legal course of action that Diabo can take so he will focus on political action.