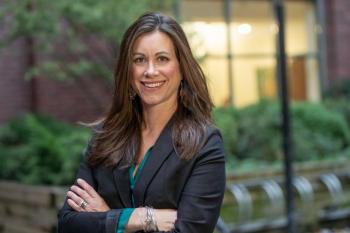 Tabatha Bull, president and CEO of the Canadian Council for Aboriginal Business

“I don’t know why we haven’t been procuring from Indigenous business… It’s one of those things where you think, ‘why hasn’t this already happened?’ — Pam Damoff, parliamentary secretary to the Minister of Indigenous Affairs

Tabatha Bull, president and CEO of the Canadian Council for Aboriginal Business (CCAB), has been appointed to the COVID-19 Supply Council, announced May 3 by Anita Anand, minister of Public Services and Procurement.

The council will provide advice on building innovative and agile supply chains for goods in wide use, such as masks, gloves and disinfectants, including production, sourcing, shipping and distribution strategies as the situation surrounding COVID-19 continues to evolve.

In a webinar May 4 called “Government COVID-19 Programs Available to Indigenous Business” hosted by CCAB, Pam Damoff, parliamentary secretary to the Minister of Indigenous Affairs, commented on Bull’s appointment.

She said it “speaks a lot to the importance that the government puts on Indigenous business. You can’t be part of the solution if you’re not sitting at the table…

“You’re sitting at the table where the decisions are being made,” she told Bull and the webinar audience.

“You’re providing advice to the government along with the Canadian Chamber of Commerce. I think that shows a real shift in thinking towards Indigenous business. And that’s the first step.”

The council is made up a diverse group of leaders to provide government with advice on the procurement of critical goods and services required as part of Canada’s COVID-19 response and recovery.

Damoff was questioned about the federal government’s procurement from Indigenous businesses. She stressed that there is target of five per cent of federal contracts to be awarded to businesses managed and led by Indigenous peoples laid out in Minister Anand mandate letter.

Damoff said the government knows that Indigenous business can supply “far more” than five per cent of government procurement.

“And that’s why the five per cent is a floor, not a ceiling.”

She said that the CCAB and the businesses it represents have a lot of advocates within government “pushing really hard to make sure we not only meet that target but we exceed it.”

In a report released in February, however, CCAB told Windspeaker.com the feds had never procured more than one per cent of its supplies from the Indigenous market.

Questioned about a timeline and process to achieve five per cent, Damoff provided no specifics, though said the COVID-19 pandemic and Bull’s seat at the table may provide an acceleration of what needs to be done.

“It seemed like a no-brainer. I don’t know why we haven’t been procuring from Indigenous business… It’s one of those things where you think, ‘why hasn’t this already happened?’ Now we just have to make sure that it does.”