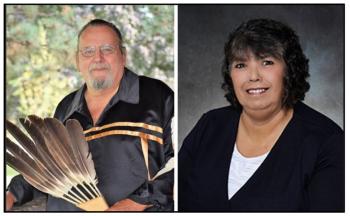 The Congress of Aboriginal Peoples (CAP) has taken its concerns about being ignored by the Trudeau government to the United Nations.

This morning, CAP filed a formal legal complaint with the Office of the UN High Commissioner for Human Rights in Geneva. It states that because the Canadian government refuses to consult with the organization on Indigenous Affairs more than 800,000 people are left unrepresented.

That is the figure used by director Lorraine Augustine, chief and president of the Native Council of Nova Scotia, which she says represents the number of Indigenous people who live off reserve.

“(Canada has) continued to fail to allow CAP and its constituency to take part in the conduct of public affairs through (the constituents’) fairly chosen representative group,” said Augustine in a news conference this afternoon.

However, she could not offer a number as to how many of those people belong to the CAP organization.

“Membership has nothing to do with it… We have a constituency just like other governments and those are the ones that we represent,” she said. “At the end of the day, we’re there for them if they need our help.”

CAP National Chief Elmer St. Pierre said the congress is one of five national Indigenous organizations, but for the past five years the Justin Trudeau government has recognized only the Assembly of First Nations, the Métis National Council and the Inuit Tapiriit Kanatami.

He also said there were status First Nations people who live off-reserve and didn’t want to be represented by the AFN.

St. Pierre said despite reaching out to the Prime Minister, Trudeau has not had contact with CAP for the past five years. Trudeau and the Liberal government were elected for their first term in 2015.

CAP was founded in 1971 as the Native Council of Canada. It had a strong relationship with Trudeau’s predecessor, former Prime Minister Stephen Harper and his Conservative government. Harper considered CAP one of the four representative national Indigenous organizations. When Harper was seeking election in his first term in 2006, CAP supported his campaign. Harper appointed CAP’s then-national chief, Patrick Brazeau, to the Canadian Senate in 2008.

“This here (legal action) is a wake-up call (to Trudeau),” said St. Pierre. “Our people suffered every day under his power.”

The 51-page document filed with the UN by CAP against Canada is “submitted for consideration under the Optional Protocol to the International Covenant on Civil and Political Rights.” Canada entered into the operational protocol in 1976.

The CAP document states that “Canada has failed to engage with or meet the needs of its urban Indigenous people” by not engaging with them or CAP “adequately or at all in consultation or negotiations” on a variety of issues, including self-government, land claims, healthcare, education, infrastructure or natural resources.

As a result, states the claim, Canada has violated the International Covenant on Civil and Political Rights.

CAP states its claim can be heard by the UN, because no national remedies exist that would be adequate, available or effective.

CAP cites a challenge by the Native Women’s Association of Canada (NWAC) that went to the Supreme Court in 1994. NWAC challenged the federal government’s decision to exclude them from constitutional discussions. NWAC lost.

“The precedent established by this case makes it unlikely that CAP could succeed on a direct challenge to the distinctions-based approach,” states the claim. “The Supreme Court of Canada has already determined that no particular Indigenous group has a right to be heard and dealt with by the Federal Government in its policy decisions, even where that right has been extended to other Indigenous groups who cannot or do not effectively represent all viewpoints.”

St. Pierre said “Filing this lawsuit … was never an easy decision but calling out hypocrisy is always the right thing for our people.”

Augustine was unclear of the process now that the claim had been filed.

“(We) will have to wait and see what happens next … We’re hoping that it will follow suit and continue and (they will) hear what we need to say and definitely hear our complaints,” she said.