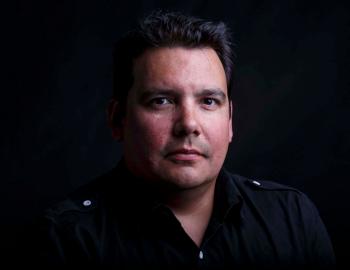 Niigaan Sinclair, assistant professor of Native Studies at the University of Manitoba

“I have absolutely no doubt whatsoever that there are people who are checking the box in this election.” — Niigaan Sinclair
By Shari Narine
Local Journalism Initiative Reporter
Windspeaker.com

This federal election will have the highest number of self-identified Indigenous candidates seeking seats.

According to a Canadian Press analysis, there are at least 77 Indigenous candidates, 15 more than the 62 that ran in 2019.

However, Niigaan Sinclair, assistant professor of Native Studies at the University of Manitoba, is suspicious about that high number.

“They’re claiming to be Indigenous when the fact is a closer analysis would show that they don’t have a legitimate claim. We won’t find that out until well after the federal election, so it’s a question of whether they get voted in or not. But if people are claiming Indigenous identity, they better have credentials,” said Sinclair.

Indigenous identity has become a hotly debated issue in the past few years, particularly with the rise of the “Eastern Métis,” a growing number of people in Quebec and the Atlantic provinces who claim Métis status. Even within the Métis Nation itself there is contention over the boundaries of the Métis homeland map.

“The fact is that if you’re Indigenous to this country, you have obligations, you have responsibilities …. It’s not about who you claim, but who claims you,” said Sinclair.

He questions the claim made by the People’s Party of Canada of having four Indigenous candidates.

“(The People’s Party) is xenophobic. It’s the most anti-Indigenous policy of any of the platforms probably since John A. MacDonald. So it just tells you that people want to grip on to Indigenous identification because it will get them votes or get them support or make them look diverse,” said Sinclair.

“I have absolutely no doubt whatsoever that there are people who are checking the box in this election,” said Sinclair.

Windspeaker.com reached out to the four main parties to get their numbers of Indigenous candidates. The New Democratic Party leads the way with 27; the Liberals have 25; and the Conservatives have five. However, only the Conservatives provided a list of names and constituencies. The Green Party was still “working on this information,” according to a spokesperson.

The NDP led the way in 2019 also with 27 candidates. The Liberals have added 10 Indigenous candidates to their slate of 15 from 2019. The Conservatives dropped from seven in 2019.

In 2015, with 54 Indigenous candidates, a record-setting 10 were elected to Ottawa. That number remained in 2019. This time around, eight of the 10 Indigenous incumbents are seeking re-election.

“It’s a very low bar to pass. You only have to pass 10 and you’ll get the highest record of all time,” said Sinclair.

While Courtney Skye, research fellow with the Indigenous think-tank the Yellowhead Institute, expects incumbents to do well, she says new Indigenous candidates are not all running in strong ridings.

She says she has spoken with some Indigenous candidates who feel they’re a “stand-in” in ridings they have little chance of winning or in “historically poor performing ridings.”

Assembly of First Nations National Chief RoseAnne Archibald is not endorsing any party or candidate, but says it’s “important that Indigenous candidates are running.”

“What I do want to say is there are many Indigenous people running across Canada and I do want to wish all of the Indigenous First Nation candidates the absolute best in this election in their run … That’s for any party, no matter who they are,” said Archibald when the AFN released its five-priority platform on Aug. 31.

Arlen Dumas, grand chief of the Assembly of Manitoba Chiefs, and Grand Chief Garrison Settee of the Manitoba Keewatinowi Okimakanak, didn’t share Archibald’s hesitation as both came out during an NDP event in the riding of Churchill-Keewatinook Aski in support of Liberal candidate Shirley Robinson.

Speaking a few days after the event, Dumas said, “I feel that the assembly is non-partisan. However, we do have to support our First Nations members and I thought that it was important when asked the question of how we were supporting candidates that we need to identify Shirley Robinson as our candidate for the north.”

Robinson is a former chief of Cross Lake First Nation.

“I think people who are interested in participating in the federal system they need to look at the party platforms, they need to consider who the individual candidates are, whether or not there are strong candidates in their ridings,” said Skye.

Skye adds that some non-Indigenous MPs, and she names NDP incumbents Charlie Angus (Timmins—James Bay) and Matthew Green (Hamilton Centre), “are very influential and have done a lot for Indigenous nationhood.”

She says these candidates need to be acknowledged as “strong allies” with the ability to “influence and advance Indigenous issues.”

Sinclair cautions that “just because someone comes from a racial group doesn’t mean that they have a consciousness of that racial group.”