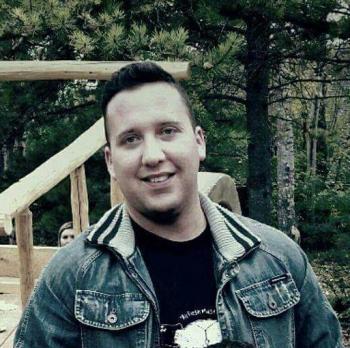 Travis Gladue: one of the creators of Bigstone Empowerment Society.

Members of Bigstone Cree Nation (BCN) are accusing chief and council of doing exactly the same thing as chief and council has accused the provincial and federal governments of doing—acting without consent or accountability.

Last week, Bigstone released a statement saying a lawsuit had been launched against Alberta and Ottawa, that Treaty money is being used “to prop up” the Northland School Division, which the nations says is failing Bigstone children.

“For decades, the federal government has given our monies owed by Treaty to the province without our consent. Then the provincial government used the monies without any accountability and violated the rights of our children for years,” said Chief Gordon Auger in the March 1 news release.

And then this week, Bigstone executive director Clayton Cunningham announced that chief and council were considering withdrawing consent from ATCO for use of transmission lines on the reserve as Bigstone is not seeing a large enough monetary return from that agreement.

What Bigstone member Basil Manossa wants to know is when did Auger and council get membership approval to take such actions?

“One of the biggest things with Bigstone Cree Nation chief and council … is that there is no transparency and there’s very little notice, if any, ever given to the members,” said Manossa, who resides on the Jean Baptiste reserve in Calling Lake.

“You never hear about anything the band is doing until after they’ve done it.”

“I wish they would come to the membership in regards to a lot of different issues,” said BCN member Darrell Anderson, community education coordinator with Northland.

“I know when they get in that they have authority to act and do business on behalf of the members, but when it comes to not communicating to the membership when it’s bigger decisions, it’s kind of unfortunate.”

Manossa says the lawsuit against the federal and provincial governments regarding Northland is a “black-eye” for the First Nation, considering Bigstone had been working the past year on joint efforts with Northland.

In a news release issued March 6, Northland said it had undertaken work with Bigstone to provide a variety of additional services and had also “made progress” on agreements for education services and reciprocal tuition. Northland operates five schools within Bigstone Cree territory, but none located on reserve.

Bigstone’s criticism against Northland will be a highlight of the first meeting of the Bigstone Empowerment Society, to be held on March 14 in Wabasca, said Travis Gladue, who helped form the group following Bigstone’s fumbled road blockade initiative of last year against vehicles belonging to multinational companies.

“We’ve been proactive. We’ve created a society. We have a big discussion group on Facebook, a large amount of members. We share information… we inform our members, educate them, and give them that knowledge,” said Gladue.

“The Bigstone Empowerment group has really opened up a lot of eyes. They’re doing wonderful things,” said Manossa, who at one point distributed Powerhouse Print, a newsletter that outlined actions taken by chief and council over the years.

“It has to come from the members themselves,” said Anderson, who sees the Bigstone Empowerment Society playing an important role. “There needs to be people taking action at the local level.”

Manossa calls into question the timing of the latest actions undertaken by chief and council with only six months to go until the next band election.

“I think that has something to do with it. They have to make themselves appear they’re fighting for the nation,” he said.

Manossa, who has run unsuccessfully for council in the past, says he has not decided whether he will run again.

Anderson had been considering a run for council but family loss has postponed his plans. He believes whoever runs for council needs to be both educated and culturally grounded.

Gladue, who resides in Edmonton, is eligible to run. The custom election code, which he says is outdated, allows off-reserve members to seek a seat and gives them 90 days to return to the reserve to reside if they are successful.

Gladue said his commitment right now is with the Bigstone Empowerment Society. He points out the upcoming meeting has received valuable sponsorship for venue and food services, funding support that wasn’t forthcoming from Bigstone.

“My genuine concern is consultation with membership and engaging with the members,” he said.