B.C. will include Indigenous teams in some sports in Summer Games 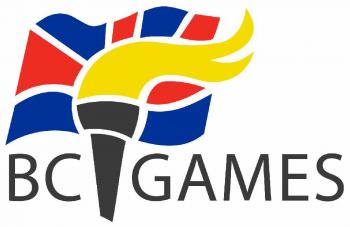 A record number of Indigenous athletes are expected to participate at this month’s BC Summer Games.

That’s because organizers of the multi-sport Games, which are held every two years in the province, have decided to include Indigenous teams in three events.

The Games traditionally feature teenage athletes from across the province on squads that represent various regions throughout B.C.

But Indigenous clubs have been granted entries to compete in basketball, lacrosse and canoeing/kayaking events at this year’s Games, set for July 19 to July 22 in Duncan on Vancouver Island.

“From what I’m hearing, these kids are really jacked to come and showcase themselves and their sports,” said Kelly Mann, the president and CEO of the BC Games Society.

This pilot project of including Indigenous teams at the B.C. Games is a continuation of what started this past February.

Organizers of the 2018 BC Winter Games staged in Kamloops granted spots to five Indigenous athletes that competed in archery events.

Mann said the decision to add Indigenous teams to various sports stemmed from a conversation he had last year with Rick Brant, the executive director of the Indigenous Sport, Physical Activity and Recreation Council (I-SPARC).

It was agreed upon to try to include Indigenous teams for some of the sports that are not at their capacity for either the Winter or Summer Games.

Mann believes Indigenous teams could potentially be added for other sports at future Games.

“I certainly think there are some opportunities there,” he said. “That depends though because we do have some capacity issues. And we have to be mindful of what communities can house the Games.”

Ideally, organizers would like to have about 2,200 athletes compete at Winter Games and around 3,400 participants at Summer Games.

Adding Indigenous teams to every single sport each year is not considered feasible at this point as it would substantially increase participation numbers meaning some smaller communities in the province would be unable to host the Games.

The BC Summer Games were first held in 1978 in Penticton. The first BC Winter Games were then staged the following year in Kamloops.

Both Games were held annually up until 1997. And then, starting in 2000, both the BC Winter and Summer Games started being held the same year but every two years.

Besides basketball, lacrosse and canoeing/kayaking, this month’s Games will include 15 other sports.

Though this will be the first time Indigenous teams will compete at the BC Summer Games, previous events have featured a number of Indigenous athletes who were representing their various regions in the province.

Organizers do keep statistics on Aboriginal participation at the Games. In a post-Games survey, participants are able to check off as having an Aboriginal background if they choose.

At the last BC Summer Games, held in Abbotsford, a total of 95 of the 3,243 entrants (2.93 per cent) indicated they have an Aboriginal background.

Mann said although numbers do fluctuate with each Games, typically about 3 per cent of the Games’ participants state they have Aboriginal ancestry.

This figure should increase at the Duncan Games. That’s because there will be 20 Indigenous box lacrosse players, perhaps a dozen or more basketball players and 12 entrants in canoeing/kayaking.

Officials from Basketball BC, the BC Lacrosse Association and Canoe Kayak BC helped identify some of the athletes that were eligible to represent the Indigenous clubs at the BC Summer Games.

“I think this is a chance to introduce some of our youth to this level of competition which they might not have had before,” said Lara Mussell Savage, I-SPARC’s director of sport.

She believes that since there are a number of Indigenous athletes in B.C. that live in remote communities, many of them would not have known about previous Games or they would have been unable to attend tryouts for those competitions.

But I-SPARC officials did their best to get the word out about the addition of Indigenous clubs at this year’s Games.

“This is a chance for them to come and compete against athletes from all across the province,” Mussell Savage added.

Officials are hoping some of those Indigenous participants go on to represent the province in other multi-sport events, such as the North American Indigenous Games or the Canada Summer Games.

Mussell Savage also believes the fact organizers have added Indigenous teams for the Games in Duncan is a small step towards the reconciliation process in the country.

“Any initiative that brings together Indigenous and non-Indigenous people is a step towards that,” she said. “At the end of the day we just want to foster good experiences for these kids.”