Algonquins of Ontario celebrate their culture through art 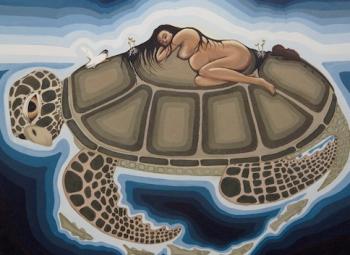 August will be a momentous month for members of the Algonquin communities in Ontario. For the first time, the Art Gallery of Bancroft will exhibit the work of Algonquin artists.

Robin Tinney, an Algonquin sculptor, has curated an exhibition entitled “Finding Critical Mass”, which runs Aug. 3 to Sept. 3 at the art gallery.

The exhibit, supported by a $3,000 grant from the town of Bancroft and donations from the Algonquin communities, “….is a means to spark a creative revival; a new collection of ideas, images and artwork from which to rebuild our decimated culture. The artists will primarily be new, undiscovered and/or self-taught artists from the 10 Algonquin communities in Ontario,” said Tinney.

The 10 Algonquin communities of Ontario are made up of status and non-status members from Antoine, Pikwakanagan First Nation, Bonnechere, Greater Golden Lake, Kijicho Manito Madaouskarini (Bancroft) Mattawa/North Bay, Ottawa, Shabot Obaadjiwan (Sharbot Lake), Snimikobi (Ardoch), plus Witney and area. And they have been involved in a difficult land claim process that has stressed and fractured their bonds.

The exhibit is significant in that it pushes aside the politics of the land claim and celebrates the culture of the Algonquins. Tinney wanted each Algonquin community represented at the exhibition. The goal is to reconnect communities and move forward into the 21st century as a powerful voice for Algonquin culture.

Tinney’s work as an Algonquin artist was first on exhibit in Toronto’s dusk ‘til dawn city-wide art exploration Nuit Blanche in 2013. While conducting research for his work, Tinney began to search the Internet for images of Algonquin artifacts. He wanted to incorporate these artifacts into his carvings.

Tinney was unable, however, to find anything that would lead him to clues of his past. There was simply nothing. This realization sparked a desire to begin to promote Algonquin culture.

In the summer of 2015, Tinney met with the Art Gallery of Bancroft. He asked if the gallery had ever considered holding an exhibit of Algonquin art. The idea had been discussed by the gallery, but the gallery just didn’t know who to approach with the idea.

The gallery was happy to engage in the endeavour and saw an exhibit as an opportunity to expand its perspective.  Most importantly the board members were “excited to increase awareness of the culture and history in this area,” said board member Barb Allport. The gallery rescheduled their summer exhibitions in order to accommodate the event.

When Tinney first began his search for Algonquin artists he said he had no idea of what he would find. He was interested in gathering the names of everyone involved in the creation of art.

“I look forward to discovering our storytellers, our beaders, our painters, our computer artists, our musicians and our playwrights,” he said during the call out. “Traditional or modern, amateur or professional, I don’t care. I’m interested in all of what we are.”

The scope of the project entails more than just an exhibition of beautiful works of art. There is something much larger at work within this month-long exhibit. Tinney envisions an art group in which members “share stories, themes, ideas, and inspirations; help each other learn new skills and techniques,” Tinney said. He sees the group as an opportunity to explore each community by listening to their Elders, their children, and their artists.

The hope is to display the artwork within each of the 10 communities so that everyone has the opportunity to see what has been created. There is a real need to inspire the next generation of artists and to build the culture, he believes.

Tinney also has a desire to pursue opportunities for the exhibit to travel to other parts of Canada.

For many of the artists involved this will be their first time they publicly display their work as Algonquins. Michelle Mackenzie (photographer), Melinda Shank-Miles (painter/illustrator), and Trevor Tennent (painter) are just a few that have enthusiastically joined the exhibit.

For these artists and the others participating in the exhibition, it is about realizing that the culture must become public in order for it to thrive and grow, they said.

At a deeper level the exhibit touches upon the need for all members of the Algonquin community, both status and non-status, to become comfortable within their own skins and proud of their heritage.

“It is good for us as a people to celebrate being Algonquin,” said Tinney. 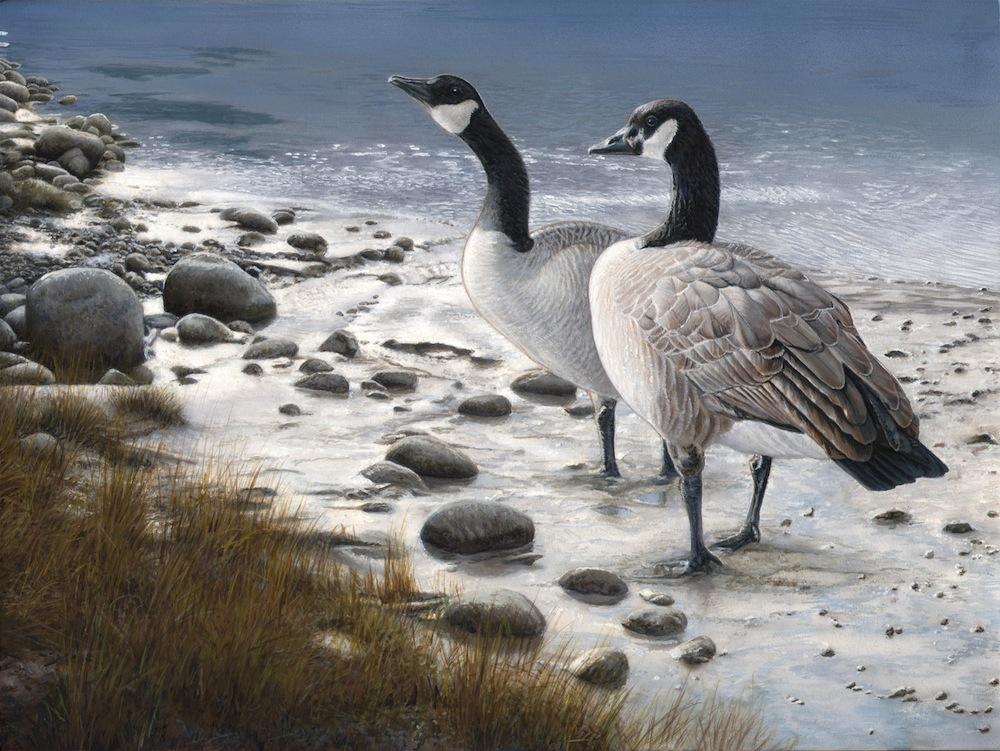 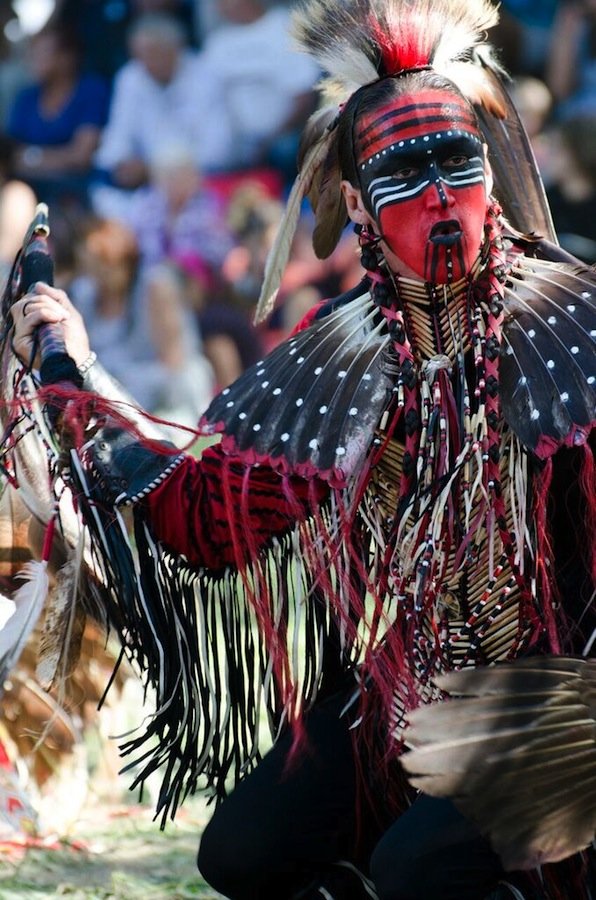 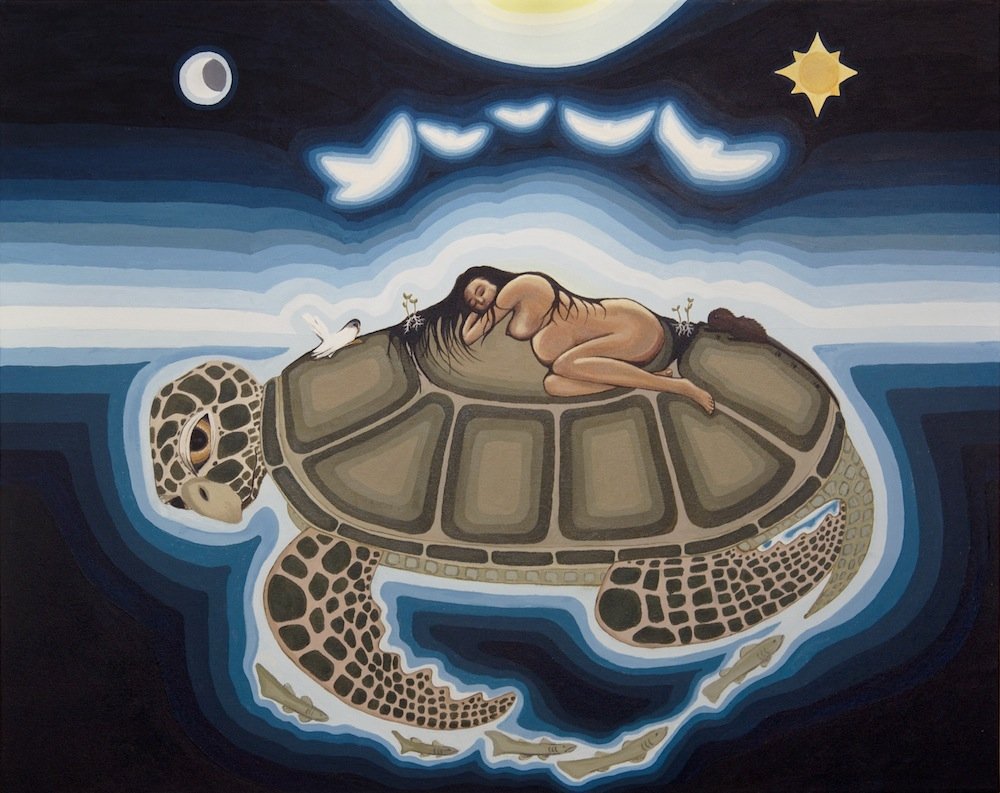