Ontario Summer Indigenous Games to be held in Ottawa 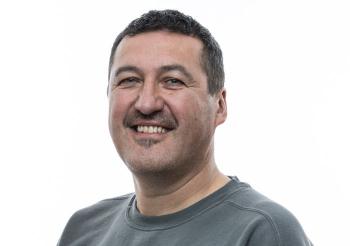 More than 500 Indigenous youth are expected to take part in this year’s Ontario Summer Indigenous Games in the nation’s capital.

The Games, scheduled for July 28 to July 31 in Ottawa, will mark the return of in-person programming for the host Indigenous Sport & Wellness Ontario (ISWO), a governing body for Indigenous athletics in Ontario.

“We’ve been through an extremely challenging two years dealing with the COVID-19 pandemic which has been especially difficult for northern and remote communities, as well as Indigenous populations living in urban areas,” said ISWO president Marc Laliberte.

He said challenging times have been compounded by the discovery of children’s remains at residential school sites.

“Our communities are in mourning,” Laliberte said. “That’s why these Games are so important. They offer our youth hope and a way forward. It is a path towards reconciliation.”

Details of the Games were announced at a virtual press conference on Tuesday, March 15.

Laliberte said his organization had to pivot during the pandemic. It had to come up with creative ways to offer sport and wellness programming utilizing virtual platforms.

“For the youth, playing sports in person, developing relationships with teammates and coaches, feeling the excitement of travelling to all tournaments and games has been missing,” he said. “We’re ready to return to sport.”

Youth ages 13 to 18 will be eligible to participate in the Games. They will compete in 11 different sports and all stay in dorms at the University of Ottawa.

They will also have opportunities to explore the nation’s capital city and immerse themselves in Indigenous culture.

The Algonquins of Pikwakanagan First Nation is one of the Games’ partners.

“Pikwakanagan is honoured to be the host nation for the 2022 Ontario Summer Indigenous Games and looks forward to welcoming Ontario athletes, coaches, and their families into our community,” said Chief Wendy Jacko.

Laliberte said the Games are not just about sport.

“They’re about creating new opportunities, identifying new pathways and supporting youth to build confidence and build skills,” he said. “Skills they will use on and off the field for the rest of their life.”

Lisa MacLeod, the minister of Heritage, Sport, Tourism and Culture Industries, also attended the press conference and announced the Ontario government will provide $250,000 to support the Games.

“I think it’s really important that we continue to invest in sport post-pandemic, in particular Indigenous sport,” MacLeod said. “I think that sport has an opportunity to present a healing path forward for reconciliation. I’ve seen that with my own eyes as both the minister but also as a mother.”

MacLeod said she was pleased to hear the Games’ lacrosse competitions will be staged in her constituency of Nepean. “I’m very excited about that.”

She said sports play an important part in our lives.

“I also believe that there is a unifying power in sport,” she said. “And I think that allows us to really talk about some of the great things we’ve been able to accomplish on and off the field or the court. And I think it really allows us to come together.”

Like Laliberte, MacLeod is pleased to see a return to in-person sports programming.

“I’ll be very frank,” she said. “The last two years have been very difficult on every person, really around the world. We’ve been told to social distance, stay at home, stay safe and to self-isolate if required. And now we’re finally getting to a point where we’re able to welcome people in a social setting.”

MacLeod also is confident the Games will be a boost to the Ottawa economy.

“Let’s make no mistake,” she said. “This is going to be a really big tourism opportunity for the city of Ottawa and for the province of Ontario. It’s going to talk about our heritage and really allow us to talk about reconciliation and coming together and understanding one another.”

Michael Crockatt, the president and CEO of Ottawa Tourism, said his organization created a strategy a few years ago to submit bids to host more sporting and cultural events in the city.

“The Ontario Summer Indigenous Games are a significant win for our community,” he said. “After the challenges we’ve seen over the past two years in our industry I can attest the entire tourism community in Ottawa is excited to host the athletes, coaches, officials, family members and spectators who will be here in Algonquin territory this summer.”

Ottawa is on the traditional territories and ancestral homelands of the Algonquin peoples.