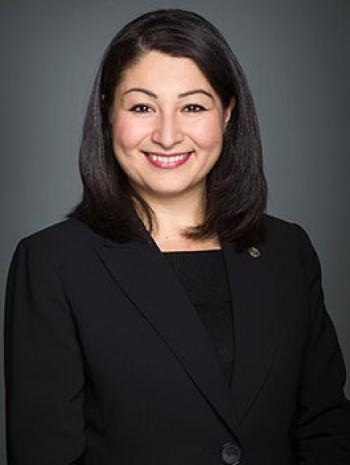 The members of the Kawartha Truth and Reconciliation Support Group (KTRSG), chaired by Curve Lake resident Alice Olsen Williams, are disappointed with Minister of Status of Women Maryam Monsef’s voting position on Bill S-3 An Act to Amend the Indian Act.

As many people know the Senate moved forward a version of Bill S-3 that removed all the sex discrimination in the Indian Act through the inclusion of what is known as the “6(1)a All the Way” clause.

Despite this, on June 21 members of the House of Commons voted on their gutted version of the Bill; a version that continues to discriminate against Indigenous women and their descendants born before 1985.

The Liberal government insisted on party solidarity, where as such Minister Maryam Monsef complied voting in favour of the gutted Bill.

Considering the large Indigenous population in the Peterborough and Kawartha area and considering that she is the Minister of Status of Women, this is most unfortunate.

In a recent meeting that members of KTRSG attended with Minister Monsef and Peterborough resident Dr. Lynn Gehl, a long-time advocate, it became apparent that it is Monsef’s position that Parliament claims it will address the sex discrimination during a second stage of consultations.  This is a meaningless and poor excuse to Indigenous women and their descendants.

A second stage approach was argued in 2010, yet the sex discrimination was not addressed. Further, Indigenous women such as Mary Two-Axe Early, Jeannette Corbiere-Lavell, Yvonne Bedard, Sandra Lovelace, Sharon McIvor, Stephane Descheneaux, and Lynn Gehl herself have tirelessly worked for decades to remove all the sex discrimination in the Indian Act.  Indigenous women and their descendants have waited long enough. Clearly the knowledge, skill, and ability is there for Parliament to remove the discrimination.

It has become clear to members of the KTRSG that the Liberal government is not the feminist government Prime Minister Justin Trudeau claimed it to be in 2015. A genuine feminist government would not appoint female Cabinet members and then proceed to remove from them their agency to vote in a way that was more in line with their own conscience and consciousness and sense of justice for all women.

The KTRSG is grateful that Senate members understand the need to eliminate the sex discrimination in the Indian Act and is grateful for the work of Lynn Gehl.