Jo-Ann Episkenew: Leaning in to address the elephant in the room—the colonial contagion 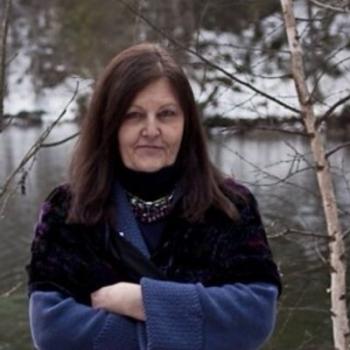 Historically, Aboriginal people are told what to do by the powerful. Saskatchewan’s Jo-Ann Episkenew, however, was having none of it.

Armed with three degrees, the Métis mother of 13 “leaned in” to the boardroom tables of decision-makers, fighting for policy change to improve the health of her people.

“‘Ok, I’ll say it’, she would pronounce during meetings when it became clear to her that no one else would. Then she would move forward, lift slightly out of her chair, and in the most generous of ways, address the white elephant in the room.”

With an incomparable mix of street sense, humor, education and passion, Episkenew was changing the status quo. She passed away Feb. 18, 2016 from organ failure while battling pneumonia.

Though she was an English professor at the First Nations University of Canada in Regina, she took leave in 2010 to direct the Indigenous Peoples’ Health Research Centre (IPHRC).

“She didn’t look at health as an ‘I’m not feeling well; I’m going to the doctor’ kind of health,” explained Wendy Whitebear, IPHRC Research Coordinator. “She meant the body, mind, spirit, relationships, governance and policies.”

Episkenew’s observation of Aboriginal exclusion in the development of policy motivated her to find another way of healing her people; she could see how poor public policy led to poor outcomes, leading to more ineffective policy without improvement, ad infinitum.

In her PhD thesis, she explored Indigenous literature as a way of critiquing and healing from public policy. Her award-winning “Taking Back our Spirits” book traced the link between Canadian public policies and the injuries they inflicted on Indigenous peoples.

Well-positioned to address Aboriginal health, her work at IPHRC allowed her to be an atypical health researcher and use the arts – as in painting, storytelling and acting – as medicine to help cure the “colonial contagion”.

The initiative most dear to her heart, said Whitebear, was the Acting Out (But in a Good Way) research project. A photo of her sitting around a fire with young people at a summer tipi camp on the Acting Out website depicts the joy she took in using the arts to heal Aboriginal youth. She especially loved the laughter in Acting Out workshops filled with theatre games, image construction, and short play-creation to examine the choices that affect health and wellness.

“Laughter gives us a feeling of freedom – freedom to be silly, not self-conscious,” she said on the website.

“That project began with theatre, but grew to encompass so much more,” explained Whitebear. “When we started out, we soon found the kids weren’t that interested in theatre, but they liked the games. And what the games translated to was physical activity. So Jo-Ann let it happen.

The kids were informing her research, not the other way around. And so she changed the proposal. And then the kids were running around doing physical activity suddenly, which they normally don’t do. It was so innovative. The project was so Jo-Ann.”

The visionary had a humble beginning in Manitoba in 1952, born to Scottish and Métis parents. She moved to Saskatchewan as a teenager, living in Prince Albert and Saskatoon before arriving in Regina. Wanting to be a good role model for her children, she returned to college as a single mom in 1988 and secured a clerk job at SaskTel.

But the mundane work was no match for her active mind, fuelled by voracious book-reading. She abandoned the workaday world for the halls of learning, gaining a Bachelor of Arts degree in 1991 as a mature student. Continuing to learn, she became the first Indigenous Canadian to receive a PhD from the Institute for English and American Studies at Ernst-Moritz-Arndt University in Germany in 2006.

“I think the main quality Jo-Ann had to go from being an office worker to becoming a sought-after researcher was her passion. Her passion for change drove her,” said Whitebear.

“She knew the struggle Aboriginal people face. She was there herself. She knew the barriers; residential school, the Métis being Canada’s road allowance people.

It took its toll and she wanted to see her people thrive, to be healthy in every way. That was her life.

“And she was surrounded by people who caught her fever. She had an intuition about people. Even if someone was rough around the edges, she’d say ‘ah, we can iron that out’ and sure enough, that person would become a great part of her team. I never saw her make a mistake.

“Most people who ended up working with her in some way have stories about how she pulled them in and saw the potential that they couldn’t see themselves.

“After she left us, we had to take stock of all the things she was involved in,” added Whitebear. “There was more than she let on. Toward the end of her life, everyone wanted a piece of Jo-Ann. In fact, I remember telling her to look in the mirror in the morning and practice saying ‘no” because she was being asked to be a part of so many projects; to sit on this board, and that project, because she was so successful. She got things done.”

Walsh was in that line-up of people wanting Jo-Ann’s time. The two had discussed her writing a much-needed book about youth suicide. Written by her, it was destined to join the roster of award-winning, opinion-changing books like James Daschuk’s “Clearing The Plains”, published by the university press.

“When we first talked about it, it was going to be an edited collection. Then she came back and said ‘no, I’m going to write it myself’. To me, she was saying she was going to lead the conversation. In light of the recent suicides at Cross Lake, her death is not just a tragedy to those of us who knew her, it’s a tragedy to this country.”