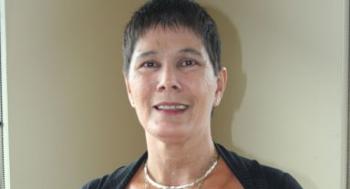 “When I left Winnipeg I was driving six-seven-eight hours to Saskatoon alone without any support, just raw and real, and I’m surprised my car didn't drive off the highway or into a semi.” — Dr. Jacqueline Marie Maurice
By Shari Narine
Local Journalism Initiative Reporter
Windspeaker.com

Dr. Jacqueline Marie Maurice doesn’t call her appointment earlier this month as the inaugural chief executive officer of the new Sixties Scoop Healing Foundation ironic, but perhaps it is.

The foundation was established with $50 million through an agreement-in-principle in 2017, which called for it to serve “all those affected” by the Sixties Scoop.

The agreement was the result of a class action lawsuit that was in litigation for nearly 10 years with a settlement reached between Canada and the plaintiffs in 2018. However, that litigation was a settlement for First Nations and Inuit only and did not include Métis or non-status First Nations.

The settlement also provides up to $750 million in compensation to impacted First Nations and Inuit peoples. Métis and non-status First Nations do not qualify for individual payments.

“I really don’t understand the two-tiered system, if you want to call it that, where some are eligible and some aren’t,” said Maurice.

Maurice is Métis and has “lived experience” with the child services scooping practice.

Maurice, from Meadow Lake, Sask., grew up in 14 foster homes where she experienced abandonment, neglect and abuse. She “endured a medical disability due to childhood trauma and abuse” in one of those foster homes. She fell “between the cracks” and dropped out of high school.

She now holds a doctorate in Social Work and is the author of Out of the Shadows: Stories by Sixties Scoop Warriors, volumes one and two.

The Sixties Scoop refers to Indigenous children who were removed from their birth families and communities by child welfare systems. They were purposely fostered out to or adopted into non-Indigenous families across Canada and into the United States.

The practise was conducted over several decades but became widespread during the 1960s. The “scooping” of children was an extension of Canada’s paternalistic policies of assimilation, which included the Indian residential school system. The scoop resulted in devastating consequences for the children’s connections to their Indigenous identities.

It was a long journey to healing for Maurice and one she often did alone. She recalls a handful of years ago giving a presentation in Winnipeg as a keynote speaker about her experiences as a Sixties Scoop survivor.

“When I left Winnipeg I was driving six-seven-eight hours to Saskatoon alone without any support, just raw and real, and I’m surprised my car didn't drive off the highway or into a semi.

“Four or five years ago there was no place for survivors, not even any real discussion or dialogue around creating health, healing and wellness or Sixties Scoop societies, if you will. A lot has transpired in the last little while and … now survivors have a place to turn,” she said.

The National Survivor Engagement Report focuses the foundation’s immediate attention on meeting the needs of the individuals who were put into foster and adoptive care. Eventually the foundation will be supporting children and grandchildren of these families. The report, which was published in August 2020, is the result of nation-wide engagement sessions with survivors from August 2019 to February 2020.

In November 2020, a 10-member board, including a federal government appointee, took the helm of the foundation. Board members are First Nations, Métis and Inuit, with some Francophone representation, and reside in urban, rural, remote and on-reserve locations.

Maurice says the foundation’s mission is “journeying with survivors, all survivors” as well as their families and communities through cultural reclamation, advocacy, commemoration, education and reunification.

“For the first time ever in our history, we get to invest in the health, healing and wellness of Sixties Scoop survivors, their family members and descendants … those intergenerational impacts are real as well as the intergenerational traumas,” she said.

The foundation’s work will also include the Millennium Scoop, which Maurice defines as those taken from 1992 to now.

Presently, Maurice says her efforts are focused on creating awareness that the foundation has grant funding available for communities and organizations to provide services and programs to all Sixties Scoop survivors. The foundation is also developing criteria for those grant applications.

“When it comes to health, healing and wellness services it's not one size fits all,” she said, pointing out that what works in downtown Saskatoon and can be delivered through the friendship centre will not work in rural Saskatchewan.

Funding will start to be meted out this fall and she is hopeful to see 10 to 12 communities or organizations receive those initial dollars.

Those numbers aren’t high, she admitted, but “it's going to create a ripple effect and, keeping in mind that the healing foundation has just got up and started and there will be greater opportunities… , this is just a drop in the bucket creating that ripple effect in a good way.”

Maurice says one of her benchmarks for the success of the foundation will be the increase in grants delivered in the spring, if those numbers can jump from “12 to 15, 15 to 20 organizations and communities having that opportunity.”

Maurice is passionate about her work with the foundation.

“Importantly there is tremendous strength in survivors supporting survivors, as well as accompanying survivors on their health, healing and wellness journey,” she said.

“I want survivors to know that they are no longer alone.”