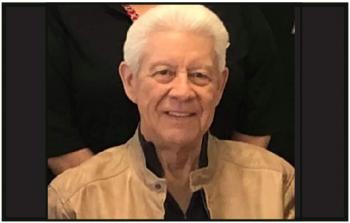 “You always knew that he was absolutely listening to every word that you said.” —Callie Hill, executive director for Tsi Tyonnheht Onkwanwen:na Language School
By Shari Narine
Windspeaker.com Contributor

Doug Maracle’s seven grandchildren will never have ice cream without thinking about him.

“He was a lover of ice cream and the grandkids knew where to go to get his ice cream,” said his oldest daughter Lisa Maracle. “He was a wonderful grandfather to my nieces and nephews and my kids. He really enjoyed the kids, hearing their stories.”

Maracle, former grand chief and deputy grand chief of the Association of Iroquois and Allied Indians and former councillor with the Tyendinaga Mohawk Council, passed away on Nov. 20 at the age of 73 years. His Celebration of Life was held on Dec. 1.

Lisa and her sisters Sara and Sonya spent the last year-and-a-half juggling their jobs and providing 24-hour care for their father when his cancer became too much.

“As difficult as that was, and I think my sister probably put it best when she spoke at his Celebration of Life, we wouldn’t trade that for anything,” said Lisa.

Maracle was first elected to the Tyendinaga Mohawk Council in 1981. He served 34 of 36 consecutive years as a councillor, losing one election for a two-year term. He retired in 2017.

Lisa was 11 when her father became councillor. “I remember thinking for a time that it was pretty cool that he was somebody that everybody knew.”

However, his commitment to public life and the fact that he was good at his job meant his time at home was limited to weekends for many years as he served on various committees, boards and councils.

“Sometimes we would travel with him to where his meetings were. That was not unusual at the time and there would be a bunch of kids sitting in the back of a meeting hall,” Lisa recalled.

Before entering public service, Maracle worked for Ontario Hydro from 1965 to 1993. He was an outdoorsman, hunting and fishing and “spearing in the spring time.” In winter, he would use the snow blower to blow snow in the back yard to create a big tobogganing hill.

Lisa also recalls her father as a sports fan, who “rarely missed watching a Leafs, Blue Jays or Raptors game.” She even remembers taking in the Blue Jays live once.

Prior to becoming councillor, Maracle served for six years as the chair for the Mohawk School Committee. He would take his love for education, language and culture with him throughout his political career serving as chair of the Board of Directors for the First Nations Technical Institute, trustee and chair on the Hastings County Board of Education, chair of the Woodland Cultural Centre, member on the Loyalist College Board of Governors, and member on the Aboriginal Council at Queen’s University.

As chair of the Woodland Cultural Centre, Maracle made a presentation on cultural equity to the Royal Commission on Aboriginal Peoples.

Lisa learned through the writings of Indigenous scholar Olive Dickason that her father was the first Indigenous person in Canada to serve on a school board in his position on the Hastings County Board of Education.

It was through his work in the education portfolio that Callie Hill, executive director for Tsi Tyonnheht Onkwanwen:na Language School, got to know Maracle.

“Doug was always an advocate for language and culture in the community. He was always very much a supporter of all the initiatives that we were attempting to do to restore, revitalize, regenerate not only our language but … our way of being who we are as people here in our community, trying to restore that for our children, living that kind of life in our daily lives.

“Doug was just very much a supporter at the table for us in anything that we were trying to do. He believed in it very much,” said Hill, who has held her position since 2004.

Maracle’s support continued when he passed away with calls for donations to go to TTO in his memory.

Hill remembers Maracle as a man who listened fully.

“He would look at you so intently… He would just be so engaged in what you were saying to him, then think about it to be able to provide a response. He was never an off-the-cuff thing. You always knew that he was absolutely listening to every word that you said.”

It was this ability to listen that made Maracle a good leader, says AIAI Deputy Grand Chief Gord Peters.

Peters knew Maracle since the early 1980s. Maracle served as AIAI deputy grand chief from 1985 to 1993, taking over at that time as grand chief, and holding that position until 1999. He worked hard to ensure the organization stayed financially viable, says Peters, as it was needed to defend and enhance the Indigenous and Treaty rights of its seven-member Nations.

Peters praised Maracle’s “durability as a politician…To me that’s a sign that you have something to offer and people are willing to be able to hear what you have to offer.”

He also recognized Maracle for being dependable and diligent.

Accolades were offered by AIAI Grand Chief Joel Abram and Ontario Regional Chief RoseAnne Archibald, who remembered Maracle as a powerful voice and strong advocate for rights and recognitions.

Maracle was honoured this past summer by the AIAI. 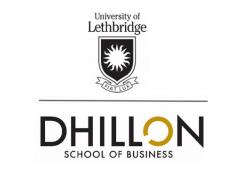 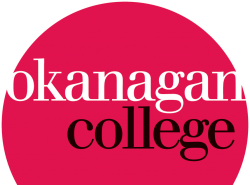